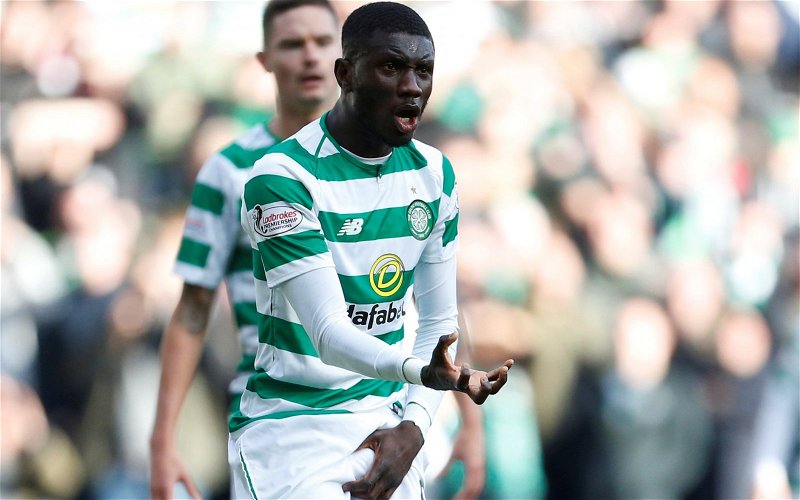 Eboue Kouassi seems to be proving his fitness with back to back appearances for Genk as he gets his career back on course after almost 18 months out.

The midfielder suffered cruciate ligament damage in last season’s League Cup semi-final win over Hearts at Murrayfield in what could be his last Celtic appearance.

After one reserve appearance Kouassi went on loan to Genk who then shipped out summer signing Ianis Hagi to Ibrox.

On Saturday Kouassi helped Genk to 4-2 away win over Oostende after playing in last week’s 2-1 home defeat from Club Brugge.

Kouassi was signed by Brendan Rodgers in January 2017 after a dozen appearances for Krasnodar in the Russian League.

A bout of malaria almost as soon as he joined Celtic set the tone for his hoops ‘career’ with Scott Brown and Callum McGregor virtually irreplaceable in the midfield holding roles.

With his contract running out in June 2021 it seems likely that Celtic will be looking for a transfer fee this summer.