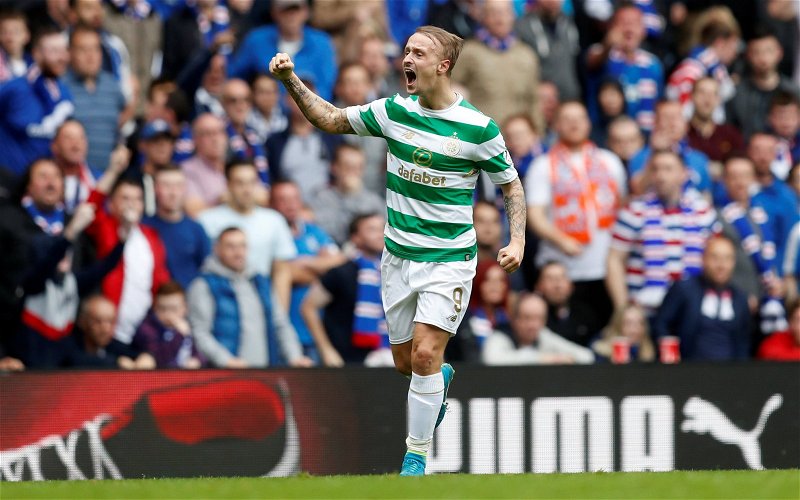 Last Friday Scott Brown invited anyone mumbling about tainted titles to come over and take a look at his trophy.

Leigh Griffiths knows that trophies are earned by hard graft on the pitch and was delighted to take the SPFL trophy to his new home for some pictures.

The striker has used Lockdown to get some artificial turf laid out the back but there is nothing synthetic about his seventh league winners medal.

Griffiths scored in Celtic’s first two SPFL fixtures but endured a long wait before finding the net for the third time. Down at Rugby Park he helped Celtic to a critical 3-1 and reserved a special celebration for Kris Boyd in the Sky Sports studio.

The striker signed off for the season with a hat-trick against St Mirren on March 7, afterwards he probably wasn’t aware that the signed ball that he took home was the historic 9-in-a-row souvenir.

After missing out on much of last season Griffiths will be raring to get started again as Celtic turn their attention towards becoming the first Scottish club to win 10 consecutive titles.