Liam Burt’s future at Celtic is in doubt after he posted an image on Instagram with a caption of Loch Lomond Juniors.

The midfielder was released from Ibrox at the end of the 2018/19 season after making a couple of top team appearances under Mark Warburton.

After a few appearances for Celtic’s Development squad as a trialist he signed what was reported by the Celtic website on 6 August to be a two-year contract. Now a report in The Sun has claimed that Celtic haven’t taken up the option of a second year on his deal. 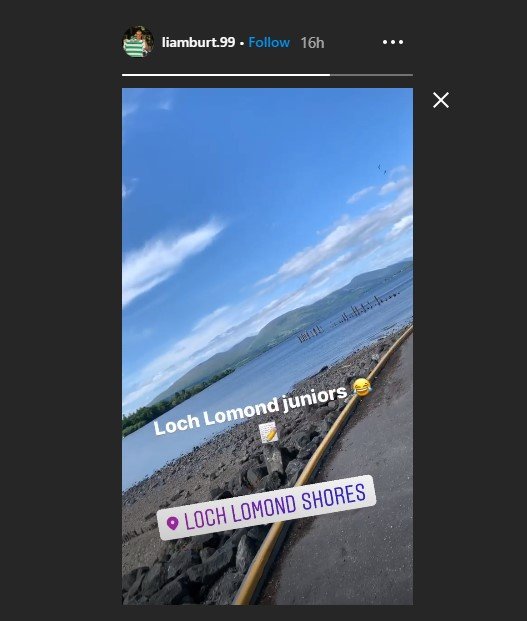 Midfield is one of the strongest areas of Neil Lennon’s squad with Scott Robertson, Kerr McInroy and Ewan Henderson all close to making the top team breakthrough.

Below first team football there are no certainties about next season with Celtic unable to give any guarantees to any players about what sort of game time and experiences they’ll get in season 2020/21.