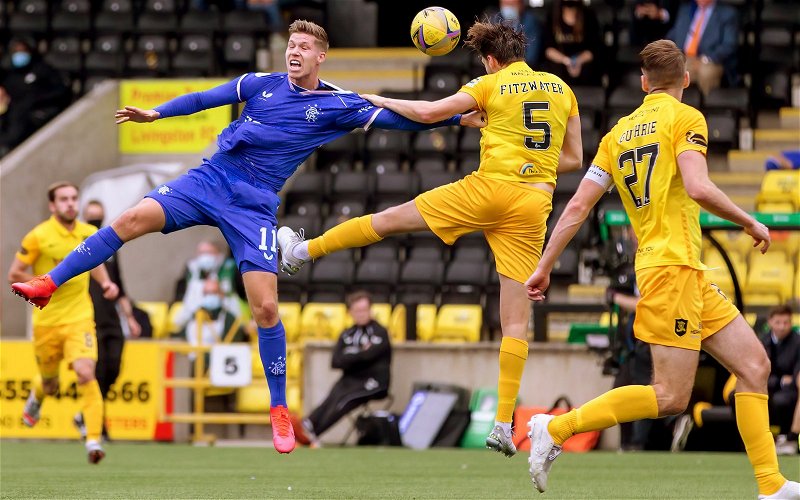 Up until a month ago they were able to claim that they were a premium brand. A few weeks into their Ibrox deal Castore Sport is laughing stock.

After the big build up to launch date reality isn’t being kind to Tom and Phil Beahon. With their limited high-end stock they were out of bounds for most Ibrox supporters but the sticky stuff has hit the fan big time as the deliveries arrive and fans get a close up look at their stock in the new look club store.

Initially fans were reluctant to go public with their criticism but once a few had ventured online the trickle became a flood.

Badly shaped shirts was one thing, once the shirts went in the washing machine and emerged with half of the letters missing was something completely different.

Best of all however has been the Junior Lifestyle Sweatshirt, or school jumpers as everyone else knows the premium garments. Last night the Ibrox SLO tried to deflect and deny but like the dodgy kit the fans weren’t wearing it.

Over the last 48 hours Tom, Phil and Castore have taken a hammering online, in next to no time #betterneverstops has been replaced by #banterneverstops as Internet Bampots stamp all over The Jumper years.

This time next year we will be champions. pic.twitter.com/gCWR7Dnsdn

Tried to get on to the Castore shop but I couldn’t get past the reCAPTCHA verification. ? pic.twitter.com/WSlThBy8nS

Due to all of the recent mix ups, confusion and false publicity surrounding our products we will be offering free name and squad number printing on all Rangers products for the next 48 hours. pic.twitter.com/cqalYGvnR2