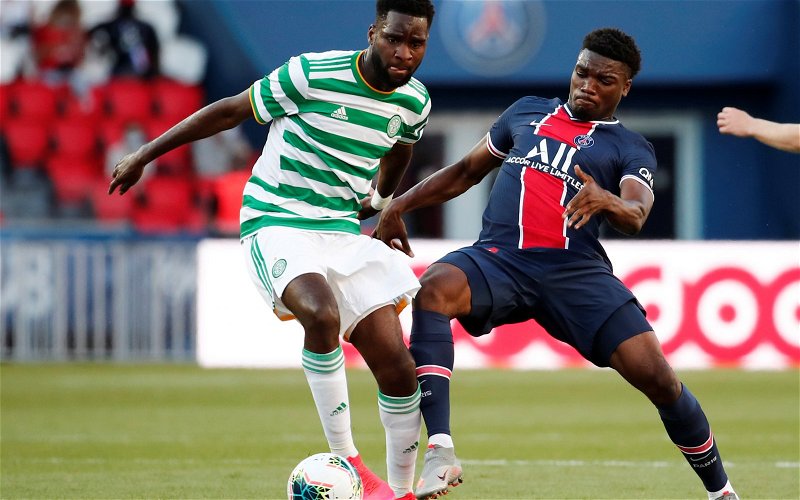 Odsonne Edouard had a message for Celtic fans after coming off the bench to score for the French u-21 side.

In the cynical world of football it didn’t take too much detective work to jump to conclusions over his commitment when he turned out for France after missing two Celtic games with a thigh strain in the middle of the transfer window.

As the top goal-scorer in the u-21 European Championship qualifiers any after-match comment would be expected to be in his native language but from deepest Georgia last night his message was clear.

On Monday France are away to Azerbaijan and although the travel isn’t ideal being involved in those two matches should ensure that the Celtic striker is fully fit for next Saturday’s visit to Ross County.

With Albian Ajeti coming on in the 74rd minute for Switzerland away to the Ukraine and Scotland’s match against the Czech Republic postponed the international break could have a variety of benefits for Neil Lennon.

Edouard has scored eight goals in five matches in the Euro qualifiers, finding the net every 43 minutes, click here for those stats.