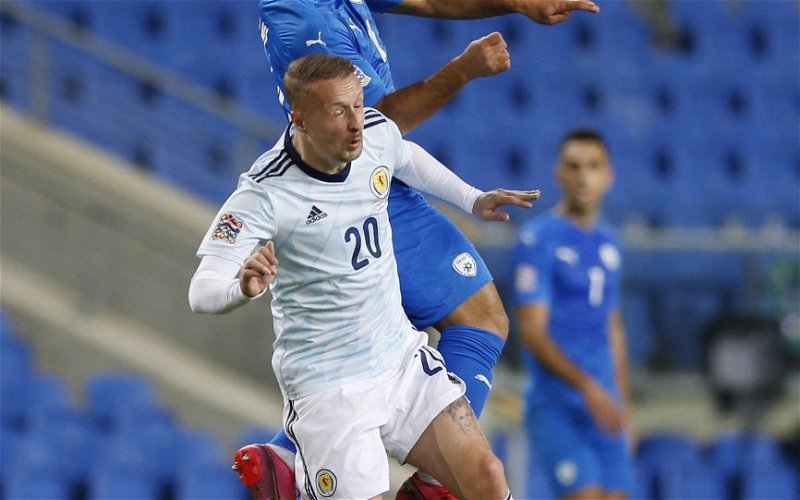 Celtic and Scotland fans weren’t impressed by the 30 minutes that Leigh Griffiths got in Scotland’s 1-0 defeat to Israel in the Nations League.

A goal just before half time from Solomon sent Scotland to defeat with the Czech Republic pipping them to top spot and promotion into League A for the next Nations League and ruling out a back-door route to the World Cup Finals.

Griffiths and Oli McBurnie replaced Dylon Dykes and John McGinn but made little headway as the Israeli’s hung in for a narrow win after two draws with Scotland.

There was still some life and movement in Griffiths but four months into the season he doesn’t look close to the player than reinvigorated Celtic’s season back in January. Sadly, the spark is missing from Sparky.

With a few minutes left to play he choked a half chance from 12 yards out, in stoppage time a fierce free kick from the edge of the penalty box was pushed away by Hibs keeper Ofir Marciano.

On the plus side he did put away a vital penalty in a shoot-out and get two substitute appearances but on the fitness side Griffiths looks unlikely to be a starter for Neil Lennon against Hibs on Saturday.

The difference is Griffiths has actually performed before, McBurnie has never EVER been good enough for the national team, he’s played 14 games and has 0 goals for the national team. HES PLAYED 60 GAMES IN THE PREM AND ONLY HAS 6 GOALS! he shouldn’t be getting called up anyway

I mean I’d 100% give Shankland a go but Griffiths just doesn’t look at the races.

Who Griffiths? Na, I think he’s put weight on and lost a yard of pace.

Leigh Griffiths no good yet again.

So, so unfit and looked miles off it again.

A very poor end to what was a great start to the week.

Can’t win them all I suppose but roll on the draw on 7th December.

Griffiths looked so much better than McBurnie

A fit Griffiths would be good too.

Let McBurnie and Burke play themselves out of contention, let Griffiths brush off the rust, let Armstrong get more involved and (tinted glasses opinion) Shankland get a look in ?