Kris Ajer is the hero as Celtic break Hearts- again 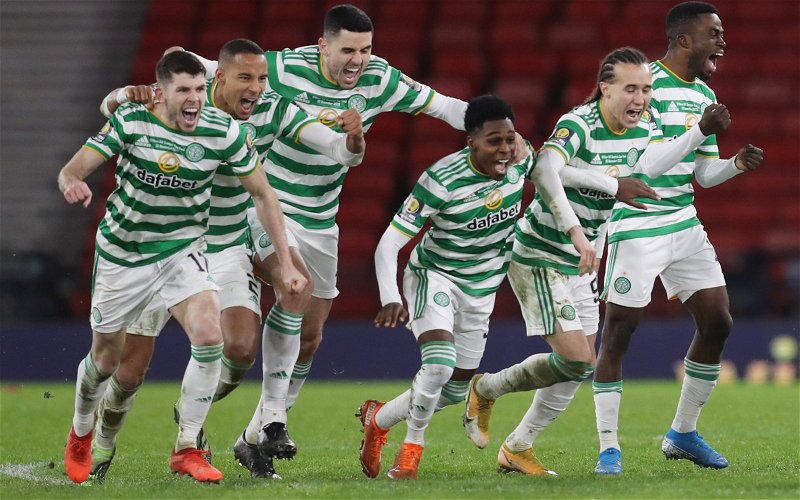 Celtic completed the Quadruple Treble in the most dramatic of circumstances.

After 120 minutes of dire football that summed up Celtic’s season to date Kris Ajer stepped up to score the vital penalty to give the hoops a 4-3 win after a 3-3 draw.

First half goals from Ryan Christie and Odsonne Edouard should have put the result beyond doubt but a defensive collapse allowed the Championship side to level the scores and take the tie into extra-time.

Leigh Griffiths looked to have put Celtic the trophy when he netted from close range in the 104th minute but the old failings returned as Hearts equalised again in the second period.

When Christie missed Celtic’s third penalty it looked all over but Conor Hazard saved twice allowing Ajer to step up and clinch the trophy for the fourth season running.