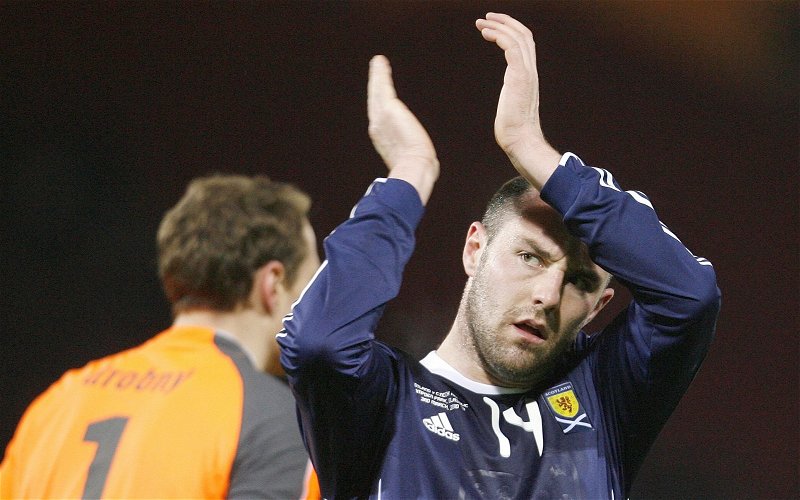 It was vintage Kris Boyd as the former Kilmarnock striker shared the brilliant highs and lows of football with viewers of Sky Sports News.

A routine win over St Mirren seemed on the cards for the magnificent Mister Gerrard when Conor Goldson opened the scoring in the seventh minute with Boyd anticipating an easy shift watching the Teddies while gloating away at any Celtic fans looking in to follow the action from the EPL.

Two goals from Jamie McGrath served only as a warning, surely a former St Patrick’s Athletic and Dundalk player wasn’t going to end the Treble dream.

The second half didn’t provide Boydy with much to get encouraged over, St Mirren defended well while Ryan Kent, Tav and the rest of his heroes looked like they didn’t really fancy it on a wet Wednesday night in Paisley. It looked like they’d rather be joining in a party with Scotty Arfield.

It was a long struggle through the second half for Boyd then the agony was over in the 88th minute when Steven Davis MBE popped in an equaliser and suddenly the smile was back on the face of the Sky Sports pundit.

There was however a nasty sting in the tail, one that Boyd hadn’t contemplated. Four minutes later he had to show his professionalism when Conor McCarthy put one past his mate Greegsy with Boyd sharing the moment live for viewers on Sky Sports News.