It was a dive- Sutton accuses Ajeti 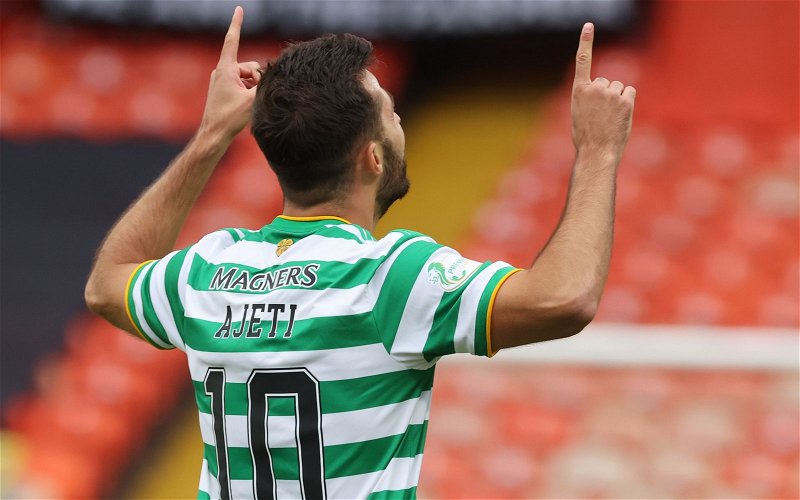 Chris Sutton has accused Albian Ajeti of diving to get Celtic a penalty at Kilmarnock.

On Tuesday night Kevin Clancy pointed to the penalty spot when the striker went down after a challenge from Kilmarnock keeper Colin Doyle.

Sky Sports decided to highlight the clash with Kris Boyd accusing Ajeti of making the most of it, on Thursday afternoon the SFA waded in by handing out a two match suspension which Celtic are appealing against.

The suspension has captured the headlines for the last 24 hours, covering an interview with BT Sport discussing the incident the Daily Record reports Sutton saying:

The Swiss internationalist scored in the 82nd minute of the match, ending a four month drought around goal with Neil Lennon looking to build on Ajeti’s partnership with Odsonne Edouard.