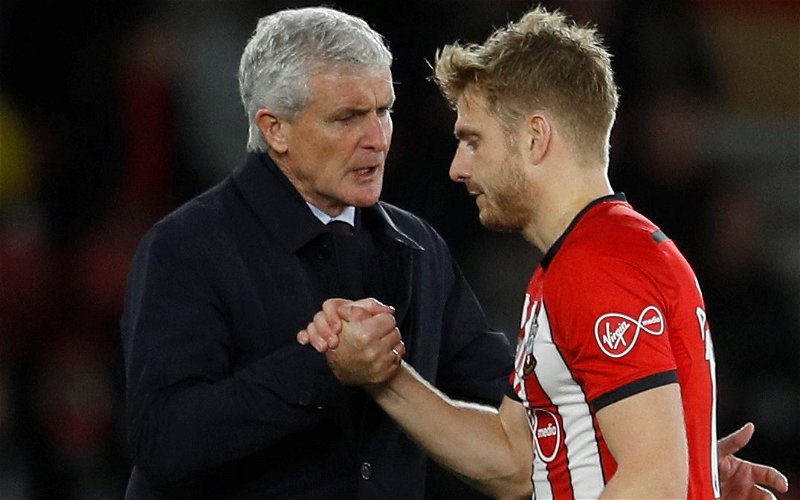 At no stage did Mark Hughes mention a potential managerial job at Celtic but it wasn’t too difficult to put two and two together as the former Manchester City and Stoke City boss spoke to A Celtic State of Mind.

Hughes has been out of management for two years since leaving Southampton but at the age of 58 is determined to get back into the business.

With the Wayne Rooney, Frank Lampard, Steven Gerrard and Scott Parker generation making their moves into management the door might be closing for Hughes in terms of the English game with the leading clubs preferring to go foreign.

Neil Lennon’s future at Celtic is still the subject of a much awaited managerial review. There seems little appetite within the club to make a change but during the January transfer window only one loan signing arrived at the club.

With a 20 point deficit at the top of the SPFL table Social Media is awash with Celtic fans looking for change with Rafa Benitez, Eddie Howe, Lampard and now Andre Villas-Bore all recently linked with the club.

The podcast with Hughes is like an advertisement for his services and finishes off by making it clear that the door isn’t closed on a move outside of the EPL.

Asked where his future in management lay (47 minutes 30 seconds) he said:

I don’t dismiss any opportunity, at home or abroad. I’m a professional football manager, its what I do. If the right opportunity is there it doesn’t matter where in the world it is I will be interested so that has never changed, that has always been a constant through my managerial career.