Jesse Marsch has entered the betting to become the next Celtic manager but at 7.30pm on Tuesday he is only fourth favourite for the job.

News of the Salzburg coach being interested in the Celtic job emerged this morning, on Radio Scotland’s Sportsound show tonight he provided a detailed interview on his coaching background.

As part of his UEFA Pro Licence he regularly attended Lennoxtown where he’d spend a few days gaining the qualifications that would allow him to switch from RB New York to RB Leipzig.

Marsch is generally priced at around 10/1 but Paddy Power and Betfair have him down at 9/2. 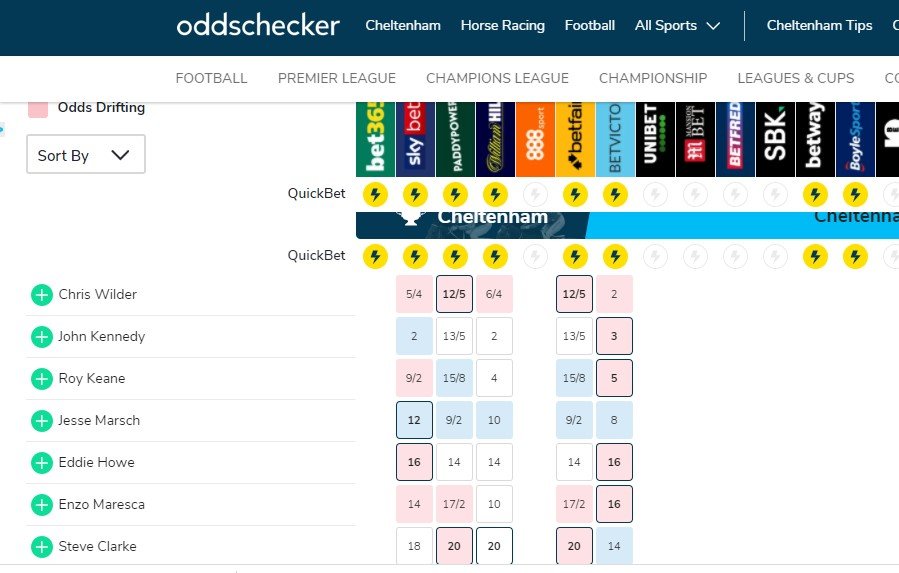 Chris Wilder is drifting out in price after a flurry of speculation surrounding his exit from Sheffield United but there is no real In The Know intelligence surrounding the market.

Eddie Howe and Rafa Benitez have been odds on favourites at different times with no news coming out of Celtic since Neil Lennon resigned three weeks ago.