Celtic and the Mick McCarthy rumour 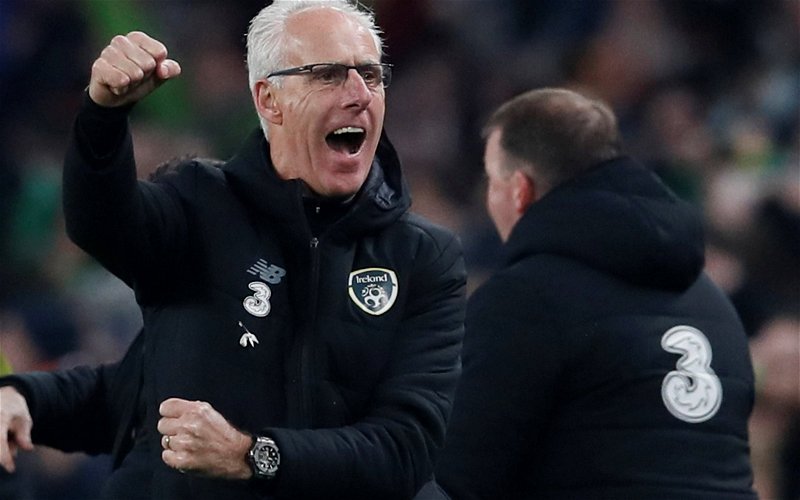 Cardiff City are moving quickly to tie down Mick McCarthy on a long term deal.

The Irishman seems to be an unfashionable name in management with Cardiff fans deeply unhappy when he took charge of their club in January, taking over from Neil Harris.

Seven wins and three draws in his opening matches has put Cardiff within one win of the Play-Off places and convinced the doubters that their new boss isn’t an old school dinosaur.

Not many managers last 30 years in the business but with over 200 matches in charge of Ipswich Town, Wolves and Millwall plus two stints with Ireland big Mick is more than just a survivor.

Dozens of names have been linked with the Celtic vacancy with Wales on Line reporting:

Cardiff chairman Mehmet Dalman told WalesOnline it was always the intention of the Bluebirds’ hierarchy to tie McCarthy to an extended deal anyway and the negotiations were easy.

But he also feels the new contract creates certainty for the players, staff and City’s fans after stories about supposed Celtic interest had emerged.

Despite the McCarthy to Celtic speculation, that was viewed by the Bluebirds as something of a red herring and they were relaxed about the rumours.

Since announcing the resignation of Neil Lennon Celtic haven’t made any comment about the vacancy with John Kennedy taking charge of his second match on Sunday, away to Dundee United.