Eyes on the ball!!!! Alex Rae is trending over Roofe red card and his Europa nightmare 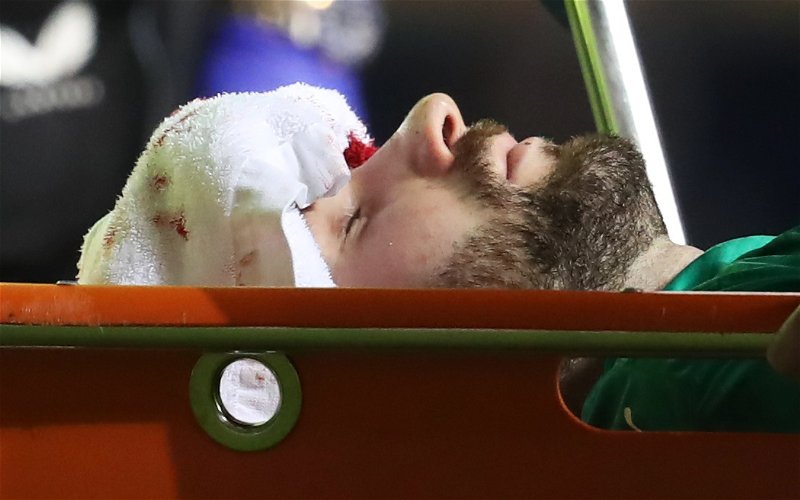 Alex Rae had as bad a night in the BT Sport Commentary Box as his heroes did on the pitch in front of him.

The former St Mirren boss isn’t known for his deep thoughts on the game and lived down to expectations for tonight’s visit of Slavia Prague to Ibrox.

Early on viewers were treated to the revelation that the quality of opponents increases the further that you go in the tournament. Such as St Joseph’s of Gibraltar aren’t as good a team as Slavia Prague.

As viewers around Europe winced at Kemar Roofe’s bent knee boot into the face of the Slavia keeper Rae informed viewers that he had his eyes on the ball when all of the evidence showed that he didn’t. After five minutes treatment for facial injuries the keeper was stretchered off.

By the time Sparta went 2-0 up Rae was in pieces with the last 20 minutes a broadcasting nightmare that put the icing on a thoroughly enjoyable Thursday night.

Got to love how Alex Rae didn’t think this was a straight red at the time, claiming Roofe had his eyes on the ball ? pic.twitter.com/ie2HFbSjKE

Alex Rae saying there’s no need for it whatever’s been said….

….to clarify he doesn’t know what he said but has decided it’s racist abuse.
Muppet.

“I dunno what he’s said to him… but there’s no need for that” ?? Alex Rae man