Eddie Howe’s brother that played for Aberdeen and Dundee 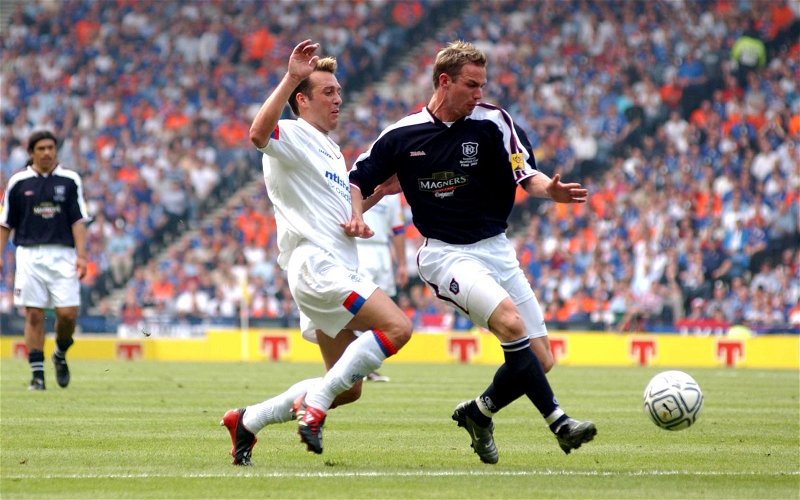 Eddie Howe has a half brother with a detailed know how of Scottish football.

The former Bournemouth boss has been heavily linked with the vacant manager’s job at Celtic and is reported to have held talks with Dermot Desmond and Dom McKay about the job..

Howe’s playing career never came close to Scotland but his half-brother, Steve Lovell was a striker at Dundee, Aberdeen, Falkirk and Partick Thistle between 2002 and 2010. He completed his playing career at Bournemouth where Howe had taken over as manager.

It won’t be critical to his decision making but after the best part of a decade in the Scottish game Howe certainly has someone that can give him an insight into the reality of winter Tuesday night in Dingwall.

Covering the family connection in a feature on Howe three years ago, The Sun reported:

The following season Howe inspired his charges to promotion to League One, guiding them to eight wins from their first nine games. It was no surprise that mother Anne was there on the terraces, cheering Eddie and his team on.

After all, she divided her time between Dean Court and Scotland, where Eddie’s brother Steve made his name at Dundee, Aberdeen, Falkirk and Partick Thistle. It did become easier for her though when Howe bought his brother to Bournemouth on a free transfer in 2010.

Lovell was part of the Dundee side that played in the 2003 Scottish Cup Final, playing alongside Mark Burchill as the Dark Blues lost out to a goal from Lorenzo Amoruso. Burchill also has a scouting role with Bournemouth.

According to Linked In Lovell has been the Senior First Team Player Recruitment Scout at Bournemouth.

If Howe gets the Celtic job he’ll have various ideas about who he wants to be part of his backroom staff, having worked with Lovell at Bournemouth and with his practical knowledge of the Scottish game the former Aberdeen striker could be involved.