Opinion: Steve Clarke should shut up about Celtic problems 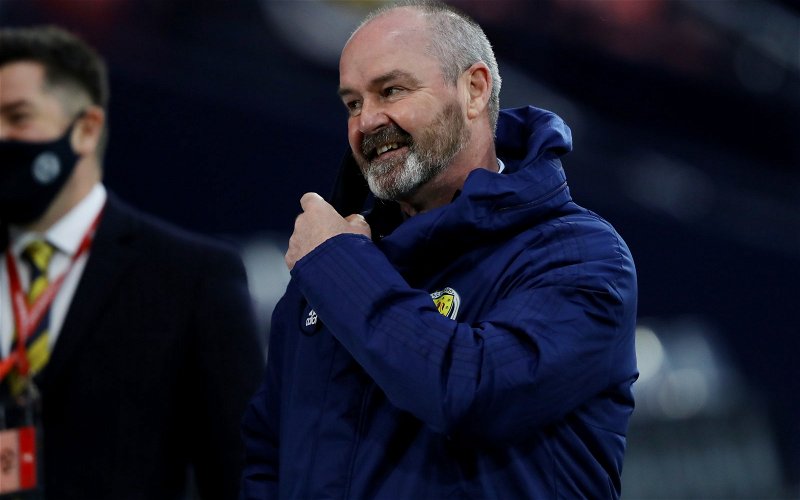 Steve Clarke is the manager of the Scotland national team, an employee of the SFA.

At the moment he is in the fortunate position of being able to borrow and use six Celtic players for the national team. He should be very grateful about that, he also has Celtic’s goalkeeping coach for a ridiculous schedule of five flights and three hotels over 10 days during a global pandemic. All to prepare for football matches in Glasgow and London from a hotel in the north-east of England.

While Clarke, his players, backroom staff and SFA blazers enjoy the perks of international travel others are stuck at home knowing that any European holiday taken today will be followed by 10 days of self isolating at home.

This week John Fleck tested positive after five days in the Scotland bubble. Six other players were left out of the flights to and from Portugal.

For reasons best known to himself Clarke has used his latest media conference to hit out at Celtic, the club that provides him with more players than any other.

I’m not sure it’s got anything to do with Celtic. Celtic had their own problems. We work the way we work. We went away for a training camp, to prepare for a major tournament. Unfortunately John must have been in contact with someone before coming away.

Everybody tested negative to get on the plane but these things can happen with two or three days of incubation. It’s shown up on John’s second test, I think it was. We get tested so often my nose is red raw! But anyway, it shows up and you just have to react.

The protocols have been good and fingers crossed we’ve got it under control. But it’s got nothing to do with the Celtic situation.

Celtic haven’t made any comment about the Scotland squad, their bizarre travel arrangements and their testing procedures. Until they do Clarke should concentrate on playing Luxembourg and the opening European Championship tie on June 14 against the Czech Republic.