Thousands of Celtic fans tune in to Live Postecoglou conference 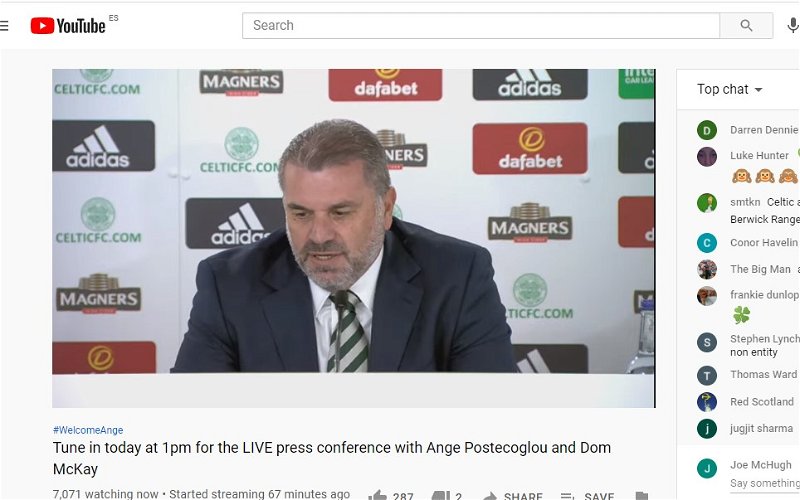 Celtic fans swamped You Tube as a new chapter opened at the club.

While Ange Postecoglou was the main attraction of secondary interest was the club streaming his first media conference live online.

Rather than allow selective soundbites to emerge from traditional media outlets the club was able to get their message sent out directly to supporters.

7,000 fans tuned in from the start with hundreds more constantly joining up.

Three weeks after being appointed as manager today was the first time that Postecoglou was questioned by anyone outside of the club.

No new signings have been made by the former Australian international boss with the clock ticking down towards his first competitive match- a Champions League qualifier at home to Midtjylland on July 20.

Postecoglou will take the Celtic squad to Wales on July 5 with the first match coming two days later against Sheffield Wednesday.

Incoming CEO Dom McKay will also be meeting the media with his conference also on You Tube.