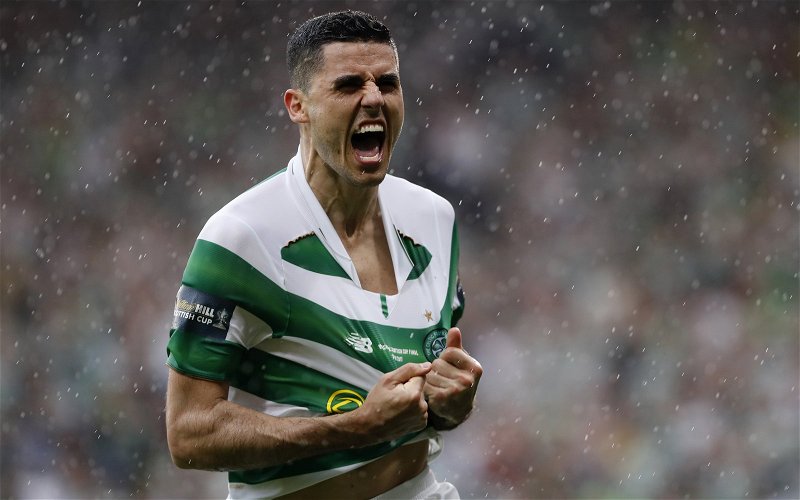 Kyogo Furuhashi took the cheers and acclaim for Celtic’s first goal against AZ Alkmaar but the striker would be the first to pay tribute to the role of Tom Rogic.

The Australian controlled the ball with his back to goal, took five touches to lose his markers, create space then deliver the perfect cross for Kyogo to fire into the roof of the net.

It was a move that you could watch time and time again. Rogic was central to many of the biggest moments that Celtic enjoyed under Brendan Rodgers and looks capable of making a similar impact for Ange Postecoglou. The Australian double act carries lots of promise as Celtic’s season opens up.

A year ago Rogic was almost packaged off to the gulf in a £3m deal, now at the age of 28 there is the real prospect of going back in a time machine to his vintage form of 2016-18.

If that is the case Furuhashi and the Celtic support can look forward to many more nights like they enjoyed last night.