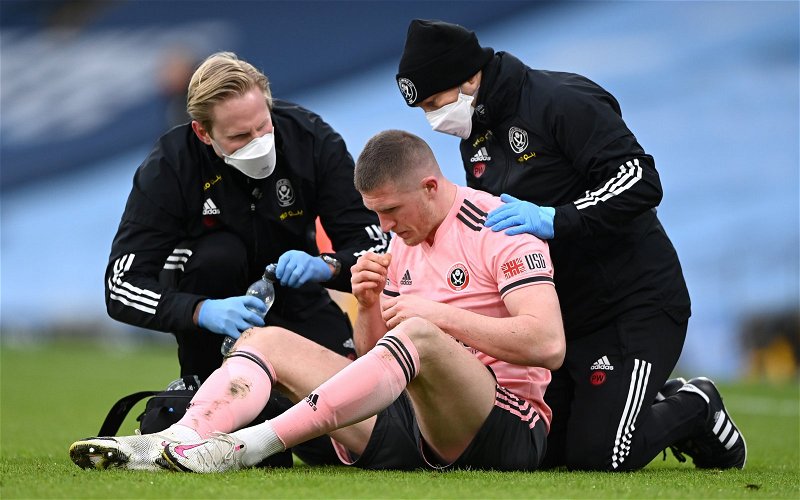 A month ago John Lundstram was billed as a powerful EPL enforcer ready to add class and steel to Steven Gerrard’s behind-closed-doors heroes.

After last night’s first half red card against Alashkert Sevco fans are realising that the warnings from Sheffield United followers were fully justified. It wasn’t sour grapes.

Lundstram had a mare three weeks ago in Malmo as the season started in ominous style for Gerrard who has long been an admirer of his fellow Scouser. At Dundee United things didn’t get any better with Big John left on the bench as Malmo completed the job at Ibrox.

It seems that Lundstram enjoyed a good half season in the EPL alongside Sheffield United team-mates Oli McBurnie and John Fleck during the 2018/19 term. Last season was a disaster for all at the club but Gerrard’s heart was set on signing the free agent.

A three year deal on £35,000 a week might be a lot less than Kemar Roofe is picking up but it is an awful lot of money for a player with no obvious strength to his game unless bulk counts.

In appearance he looks like the Construction Worker interviewed before a possible giant killing FA Cup tie. Ten minutes into the match he is struggling for breath and swiping at anything.

He will miss next week’s second leg in Armenia but will be fresh for the Glasgow derby on August 29.

Get him out the club, he’s proof that prem players don’t just have a walk in the park in Scotland

It’s not. He wasn’t good enough down here either. Had a decent half season in 3 years.

He wasn’t good enough in 3rd Tier of English football

Now you see it wasn’t sour grapes! A genuinely poor League 1 player at best. I got shot down by Rangers fans….. “Aye, but he hasn’t been coached by Gerrard” He’s a manager, not a magician!