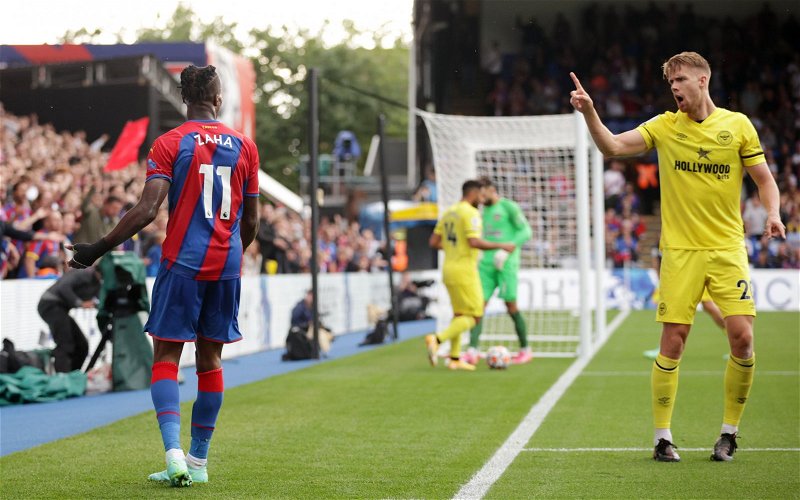 A report in the Daily Mail claims that Brentford paid Celtic a club record fee of £17.5m for Kris Ajer.

The defender has made an instant impact at his new club with Brentford recording two clean sheets to claim four points from their first two fixtures in the top flight for over 70 years.

Ajer provided Celtic with four years of stellar service in central defence, when the side collapsed last season he was one of the few players to emerge with credit despite switching partners between Shane Duffy, Chris Jullien and Stephen Welsh.

Pre-pandemic Ajer was being linked with AC Milan, when his move did finally transpire some Celtic fans doubted the wisdom of moving to a newly promoted club but Brentford are built on the strongest of modern foundations.

Ajer’s contribution in the 0-0 draw at Crystal Palace on Saturday with Adrian Kajumba of the Daily Mail reporting:

Centre-back Ajer joined Brentford from Celtic in a club record £17.5m deal and it looks like being money well spent.

At the time of the transfer it was reported that Celtic had received £13m, if the figure above is correct the difference would cover the fee Celtic paid out for Carl Starfelt to replace the Norwegian.

So far during this window Celtic’s spending has virtually matched the fees brought in from selling Ajer and Jack Hendry to Oostende.

A sell-on clause is an essential part of any transfer to the EPL with Kajumba making a comparison that could see Celtic pick up another significant fee further down the line:

Ajer won nine trophies in his four full seasons at Celtic and Frank (Brentford coach, Thomas) said: “It is important to bring that winning mentality and the right characters that want to win and want to do everything.

“I think we are a team full of really, really good characters who want to leave their hearts out there. I think that is a big thing in our relative success so far but Kristoffer, top character, top mentality. Still young, still a lot of things to learn defensively and offensively but really, really important to us.’

Brentford are famed for their ability to develop players and significantly multiply their value and expect to do the same with Ajer who has made the same move south after starring in Scotland for Celtic just like Virgil van Dijk.

Frank said: “It is a big comparison with maybe the best centre-back in the world but Kristoffer certainly has huge potential.

“He has got the character, he has got the ability on the ball – you could see that when he was striving forward – he is also running forward and I want that from my outside centre-backs. And now he has to build and learn all the extra layers of this.’

With a five year contract Ajer has security while Brentford can determine when they might want to cash in on their £17.5 signing and recycle the fee.