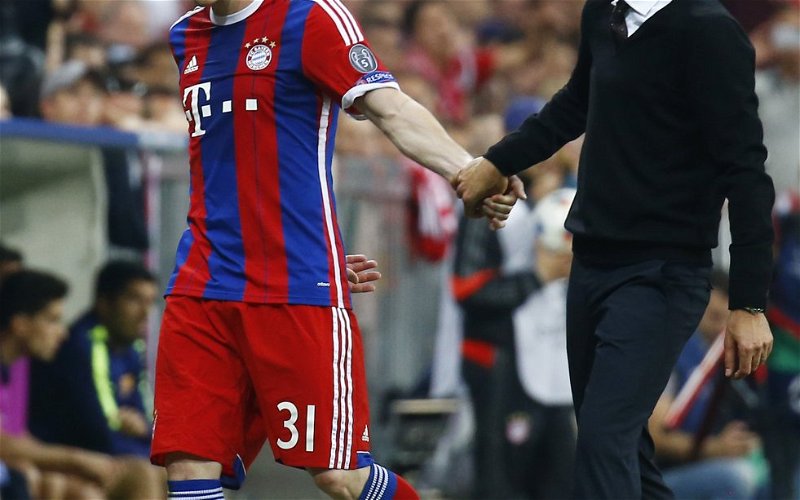 The Champions League got underway last night, sadly but fairly predictably there was no sign of Celtic involved as the group stage got underway across the continent.

It is now four years since Anderlecht celebrated a 1-0 win at Celtic Park, completing a run of three home defeats with Paris Saint Germain and Bayern Munich also enjoying away wins.

Those last two clubs are expected to go deep into the competition this season but once upon a time a trip to Glasgow was one to be avoided for even the biggest clubs around.

In the first decade of this century Juventus, AC Milan, Manchester United, Porto and Lyon all left Celtic Park pointless with just memories and perhaps a Larsson, Sutton or Lambert shirt as souvenirs.

Celtic Glasgow. This was impressive!! ?? https://t.co/4dh9mYJyA8

Back in 2003, with a recently appointed CEO called Lawwell watching from the stand Bayern Munich travelled to the east end of Glasgow aware that Lyon and Anderlecht had already been beaten by Martin O’Neill’s side.

In a tight group Matchday 5 was vital, Bayern would finish up at home to Anderlecht with Celtic looking for their first away point. In the group opener Alan Thompson’s opener in the Olympic Stadium had been cancelled out by a couple of blunders from Magnus Hedman.

It was an epic match in keeping with the whole group, at the final whistle Michael Ballack turned to Roy Makaay, Owen Hargreaves and Olivier Kahn to celebrate a 0-0 draw, watching from the bench was Bastian Schweinsteiger.

Celtic went into their final match in Lyon capable of finishing in any position in the group, a 3-2 defeat meant third place and a ticket to the UEFA Cup where they would beat Teplice and Barcelona before losing to Villarreal in the quarter-finals.

The young midfielder was about to embark on a decade at the very top of the game including over 200 matches for Bayern and 121 games for Germany. From that impressive collection a night on the bench watching Neil Lennon, Stan Petrov and Thompson stands out more than any other.