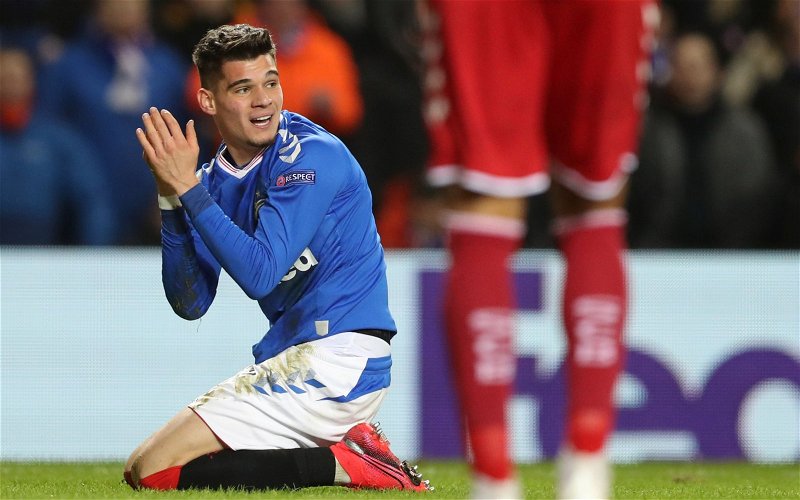 The Daily Record has issued an Ianis Hagi warning to the Scotland!

Last night’s win against the Faroe Isles means that Scotland are one win away from a guaranteed place in the play-offs for next years World Cup Finals in Qatar.

Twelve nations will be split into three groups of four with the winner from two one legged semi-finals meeting over one match for a place in the finals.

The 10 nations that finish runners-up in their group will be joined by two countries from the Nations League with the top six countries based on group performances being at home for the semi-final draw.

With two rounds of fixtures still to be played it is impossible to guess over who will be seeded or not with a Hampden match clearly beneficial for Scotland’s prospects.

Running through the potential opponents the Daily Record notes:

Romania have leapfrogged North Macedonia and sit on 10 points so far. Scottish football fans will be keen to avoid Ianis Hagi after his brilliant solo effort against Germany.

Hagi could of course be a Roma player by the time the play-offs come around, recently the Record reported Jose Mourinho preparing a £17m bid for the Genk reject.

Despite his wonder goal against Germany Romania lost the match 2-1, last night Hagi was substituted during the 1-0 home win for Romania against Armenia.

So far this season Hagi has started in seven matches for Steven Gerrard’s side.