The defender capped his return from injury with a goal for Scotland against Denmark last week but his Hearts contract runs out at the end of May.

From December 1 he can sign a pre-contract agreement to move elsewhere, on December 2 Celtic host Hearts in an SPFL clash.

On the first day of the season Souttar scored the winning goal for Hearts against Celtic at Tynecastle but after demonstrating his fitness and form it seems only a matter of time before the 25-year-old moves on.

SCOTLAND hero John Souttar is just DAYS from quitting Hearts for nothing. SunSport understands the 25-year-old’s contract at Tynecastle is up at the end of May.

And from December 1, Souttar will be in a position to pledge himself to one of a growing number of interested clubs on a pre-contract.

Barring a breakthrough in protracted negotiations with Jambos sporting director Joe Savage, it now looks certain the stopper will be heading OUT of Gorgie.

Rangers and Celtic have both been credited with an interest — and his exit would be a massive blow for manager Robbie Neilson. Souttar has fought back from three Achilles tendon ruptures and there’s a feeling that Hearts missed the boat in not acting at the start of the year to secure an extended deal.

A pre-contract elsewhere would almost certainly leave Jambos chiefs looking to cash him in once the January window opens in an attempt to recoup a fee and avoid a free summer departure.

Yes, get it done, plan ahead 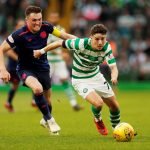 No, we must aim higher 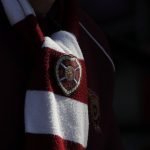 A fee of around £5m has been suggested to make the Carter-Vickers deal permanent with the Spurs defender likely to be looking for wages in line with the EPL.

Signing Souttar in January would get him into the system that Ange Postecoglou plays in plenty of time for next season- and seriously weaken a domestic rival although Hearts are at liberty to hold on to the defender until the end of his contract in May.