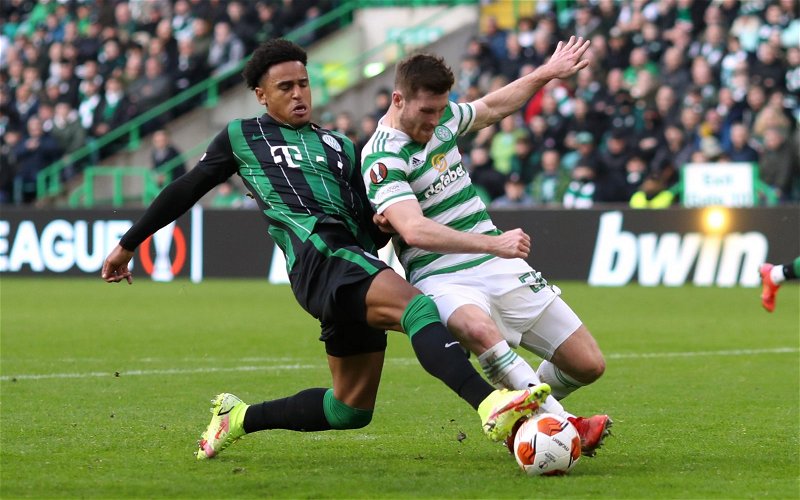 Tony Ralston has finally been called up into the Scotland squad.

This season Stephen O’Donnell, Paul McGinn and Nathan Patterson have turned out at right-back but after the Ibrox starlet picked up his second booking of the World Cup campaign the Celtic defender has been called up for Monday’s game with Denmark.

Ralston was given just one first team match last season by Neil Lennon but with Jonjoe Kenny returning to Everton while Jeremie Frimpong and Hatem Abd Elhamed were sold in January the Academy graduate was given a chance.

After edging in front of Lee O’Connor in pre-season Ralston has forced Josip Jeranovic to play at left-back with Clarke finally giving him a call up.

Tony’s been given a chance by a manger who trusts him a lot to put him in there. He’s stuck by him and credit to the player, he’s taken his chance.

He has probably been waiting for it for a long time but he’s really taken it. Any time I’ve seen him for Celtic this season he’s been really impressive.

I did try to call him up to one of the previous squads but unfortunately a C&&id issue put paid to that. It’s nice to have him here now.

Ralston will join up with Callum McGregor and David Turnbull in Clarke’s squad to face the Danes who arrive in Glasgow with a 100% record in the qualification campaign.

Next Saturday he will be back at Hampden in Celtic colours for the semi-final of the League Cup against St Johnstone.