Green Brigade get their Bernard Higgins message through to Celtic players 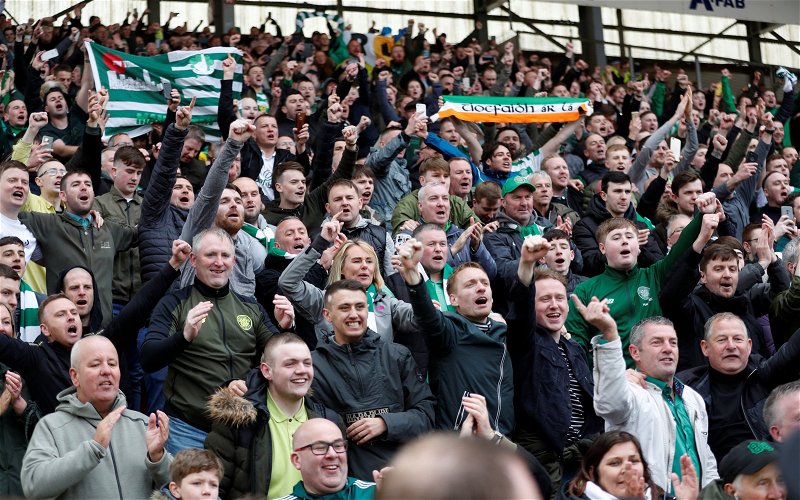 When the Celtic players went to thank their fans after the win over Dundee United they were greeted by the latest protest arranged against the rumoured appointment of Bernard Higgins to a security role.

The senior policeman is deeply unpopular among some sections of the support with his potential appointment raised at the clubs’ AGM last month.

Ian Bankier wasn’t prepared to comment either way but each of Celtic’s last five SPFL matches have resulted in various forms of protest against Higgins.

Another game and another clear show of opposition to Bernard Higgins. pic.twitter.com/VkKUxNG7Ng

As is traditional at the end of matches the players acknowledge the fans- today they were met with a wall of posters highlighting the opposition to the possible appointment of Higgins.

It would have been an awkward situation for the players whose only focus is on delivering results on the park with today’s win their fifth successive away victory in the SPFL.

Outwith the absolutely essential there is very little communication from the club with acting CEO Michael Nicholson yet to give any interview, not even to the multitude of club outlets such as the website, social media, match programme or in the Celtic View.