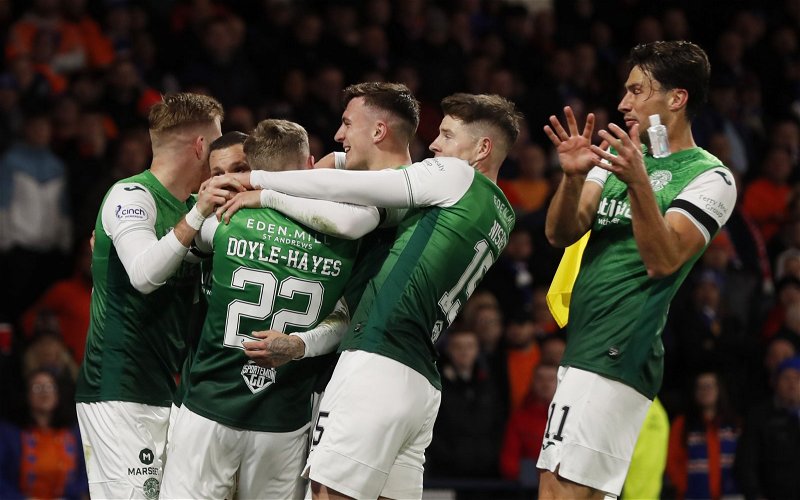 Hibs suffered another pre-League Cup Final blow when they conceded an 87th minute goal to St Mirren to make it one win, two draws and seven defeats from their last 10 SPFL matches.

In midweek Jack Ross paid the price for his part in that run when he was sacked following a 1-0 defeat away to Livingston.

It seems that the Edinburgh side had no replacement plan in place with David Gray taking over as caretaker manager just months after taking up a coaching role at the club.

Paul McGinn and Paul Hanlon were suspended for today’s match after being sent off at Livingston in midweek but Josh Campbell put the visitors in front seven minutes into the second half.

St Mirren barely threatened the Hibs goal but three minutes from full-time Joe Shaughnessy clipped a half volley into the Hibs net.

On Wednesday Hibs host Dundee in their final outing before taking 19,000 fans to Hampden hoping for a repeat of their semi-final success.