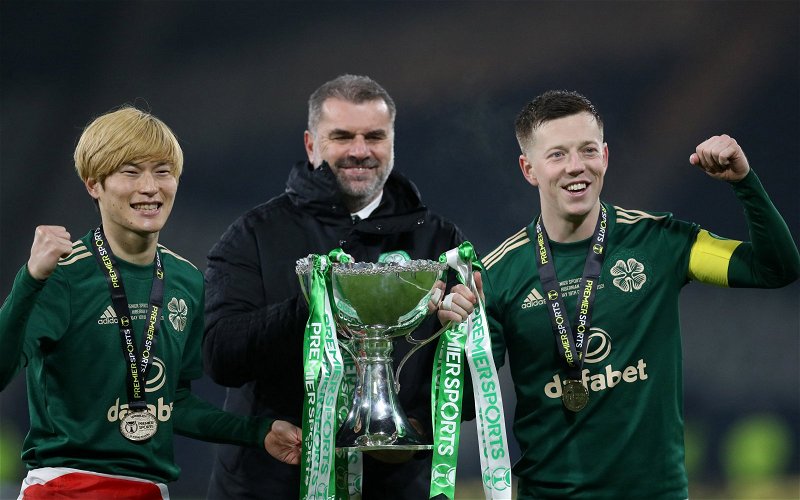 Ange Postecoglou has thrown a violin reference into the debate and fall out over switching the Premiership winter break.

Shortly before Celtic faced St Mirren last night the SPFL announced that the break would start after the fixtures on December 26 rather than January 3.

Celtic have had two home matches put back until January 17 and February 2 with the second date being used by the Asian confederation for World Cup qualifiers.

Two Premiership clubs were against switching the break with Giovanni van Bronckhorst likely to be without three Nigerian players on duty at the African Cup of Nations which runs from January 9 through until February 6.

Asked about the possibility of playing the derby while Tom Rogic and Kyogo Furuhashi are away on international duty Postecoglou told The Sun:

If they get called up they will be going. There is a lot of violin playing around the place, we are not going to be one of them.

Celtic have been strongly linked with three other Japanese targets in Reo Hatake, Daizen Maeda and Yosuke Ideguchi who have been tipped to join the hoops early next month.

After last night’s 0-0 draw away to St Mirren it is clear that Celtic are in need of fresh faces with the tight pool of trusted players getting thinner and thinner.

“If they get called up they will.

“There has been a lot of violin playing around the place, mate – we’re not going to be one of them. pic.twitter.com/zRPKEMfiVc