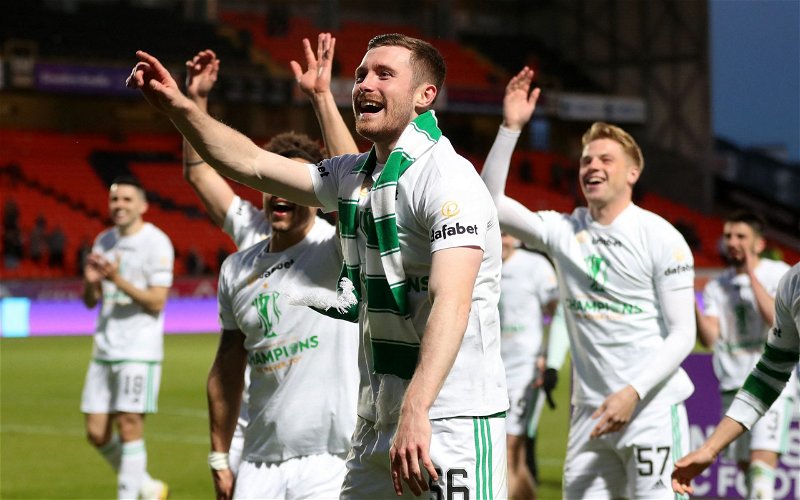 It was a moment that summed up the previous 36 matches- summing up the character, togetherness and spirit of the squad that Ange built.

A year ago Joe Hart was on the periphery of the Spurs squad wondering if a new manager would give him a chance to reignite his career. At Celtic Tony Ralston was looking for a Plan B with no indication that Celtic would take up the 12 month option on his contract.

Together under Ange Postecoglou, since the start of August the two men have gone from strength to strength under a manager who believed in them and crucially gave them an opportunity.

With Josip Juranovc out injured Ralston has been at right-back for the last four matches, turning in his usual mix of hard labour and no little skill as his cross for Giorgos Giakoumakis illustrated.

Soon afterwards it looked inevitable that Dundee United would equalise when the rebound to a Tony Watt header fell towards Ilmari Niskanen for a tap in. Ralston thought otherwise, slid in to save the day with the reaction of his goalkeeper saying everything about Postecoglou’s squad.