The Boys from Brazil- clock ticking to Barisic’s nightmare fixture 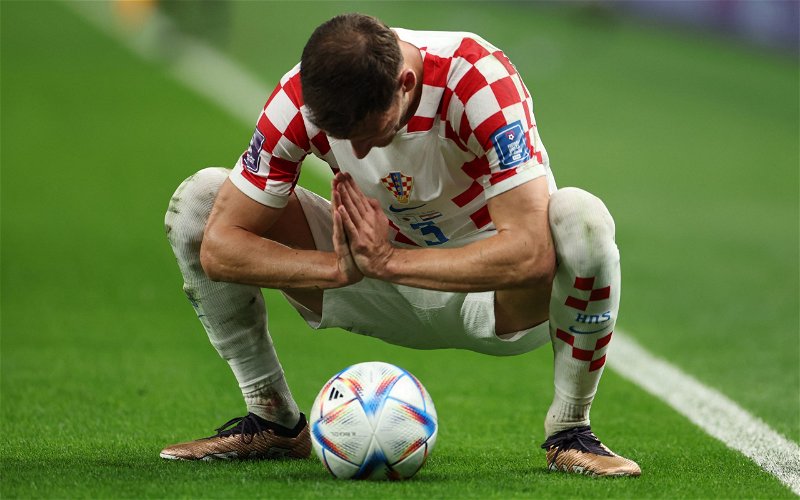 Borna Barisic is facing his ultimate nightmare fixture- against Brazil on Friday for a place in the World Cup semi-final.

After watching every minute of the group matches from the bench injury forced Croatian boss Zlatco Dalic to call in the Ibrox dud for yesterday’s match against Japan.

Barisic was badly out his depth, left in a familiar helpless pose as Daizen Maeda escaped to put Japan in front in front after 43 minutes.

Croatia recovered to win the match on penalties but as the celebrations died down they didn’t have long to wait to discover who they’ll play in Friday’s quarter-final.

After 36 minutes Brazil had battered and demoralised South Korea by going 4-0 up with the sort of display that Barisic usually comes up against at Celtic Park.

With all respect to Liel Abada he probably wouldn’t make it into Brazil’s starting XI even if he was eligible.

During the autumn Barisic played a key role in the Champions League record breakers, on Friday he’ll come up against the World Cup favourites who appear to be hitting form at exactly the right time.

Bariši? getting mugged by Japanese players on the touchline ? pic.twitter.com/x6ARBeSRU5

Barisic is like a mule in a field full of thoroughbred stallions.?

Barisic can’t defend against Celtic players. Pass it on.

He wasn’t crying when Barisic left him unmarked to bag a goal today ?

Yer man Barisic only ended up on the pitch due to an injury crisis ?? pic.twitter.com/sr3g4zU8UI

Is that Borna Barisic that Daizen Maeda has nipped in front of to score that?!

Barisic has spent most of the game on his arse

I can’t belive there is a club that actually saw Barisic play football and decided to buy him.

Never seen a player wanting to come off a park more than Barisic. Getting second hand embarrassment watching it

20mins in and Barisic is having an absolute mare! ??