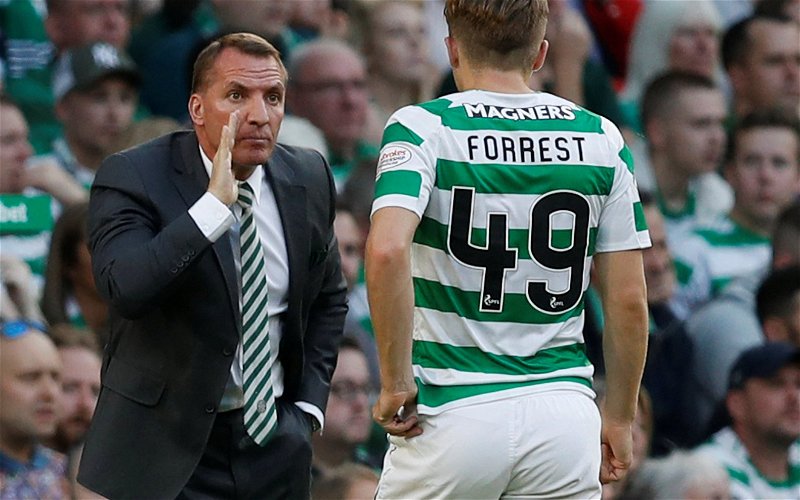 James Forrest has spoken out in vague terms about his contract position.

The winger signed a three year contract soon after Brendan Rodgers replaced Ronny Deila and has been an important figure as the Irishman guided Celtic to a double treble.

While Tom Rogic, Kris Ajer and Odsonne Edouard have signed up to long term deals in the last few months Forrest has still to put pen to paper.

His form has been unaffected by the uncertainty but there has been little talk about negotiations over a new deal.

Explaining his position to Celtic TV Forrest said: “I have been in the first-team for a few years now. I am a bit more experienced. I have changed my game and scoring more goals definitely helps. I am just looking to build on that and keep scoring goals for the team.

“I have been here since I was nine. As you get older you appreciate it more and I just want to keep working hard and stay here for as long as I can. That is what I want to do.”

Perhaps the greatest triumph of Forrest’s career was keeping Patrick Roberts out of the team for most of last season.

Against Alashkert his European appearance tally took him past Billy McNeill into second place behind Scott Brown in the all time list.