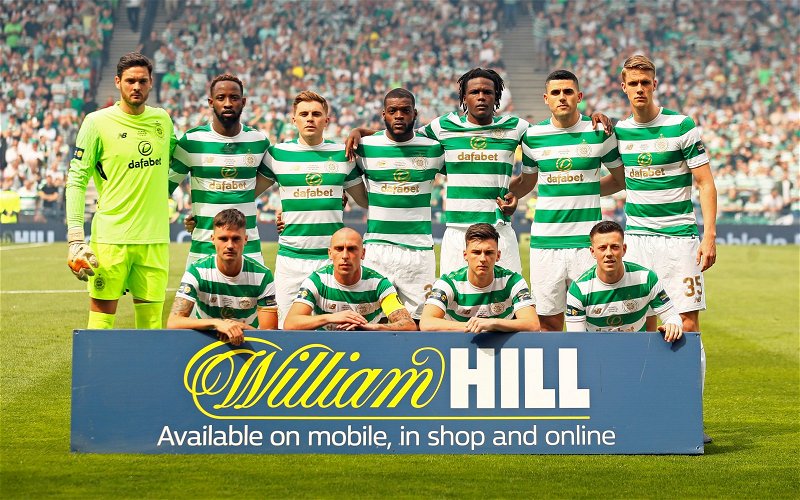 Celtic have announced a five year extension of their shirt sponsorship deal with Dafabet.

The betting firm have had a fantastic return on their investment with the hoops collecting all six domestic trophies since they became shirt sponsor as well as enjoying two ventures into the group phase of the Champions League.

That success has brought Dafabet more publicity than they could have imagined with the betting firm keen to extend their deal by five years.

With Celtic no details leak out in advance of such deals, nor do the terms of contracts become public to reassure supporters.

Celtic are expected to announce record turnover of £100m for the year to 30 June 2018 which featured another domestic treble and four Champions League and Europa League home matches.

Traditional ‘gate money’ is likely to contribute less than 50% of that figure with the remainder coming from prize money (from UEFA), sponsorship and merchandising deals.