Off message Ibrox ace admits that Celtic are far better 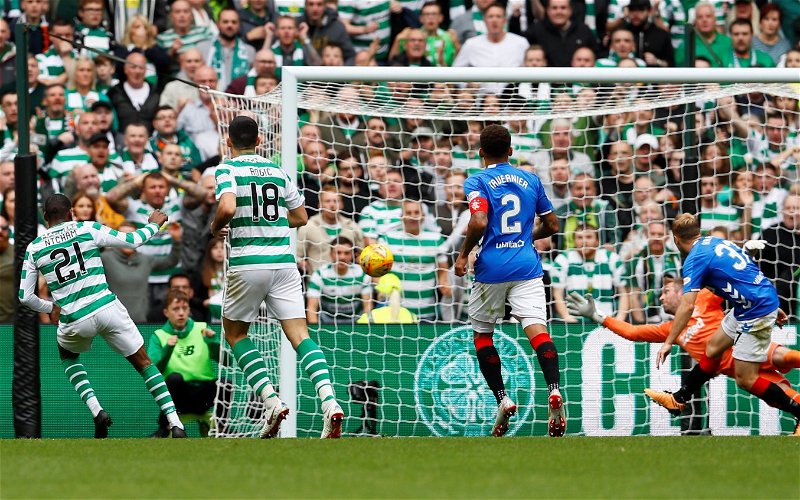 Scott Arfield has admitted that Celtic were far better than Sevco in the recent Glasgow derby and confessed that it might be the end of the season before fans get to see the best of the Gerrard revolution.

After losing 1-0 to Celtic the deflection machine blamed Willie Collum for the result to a so-called foul 80 yards from Allan McGregor’s goal.

Playing in Russia with nine men three days before the derby clash has also been a popular excuse rather than the uncomfortable fact that a Celtic team portrayed as being close to meltdown outplayed their city rivals who now sit closer to the bottom than the top of the table.

Away from the scripts of the Ibrox PR machine Arfield was able to open up in an interview with Canadian media.

“I think in terms of experience, Celtic were far better in terms of ways of managing the game,” The Sun reports. “The manager is obviously new in the fixture too.

“We never got the result we wanted and we never really turned up on the day. It was a flat performance from us but as time goes on, the season is a marathon and we will get stronger towards the end.

“If we want to be successful then we need to beat the best teams and Celtic – when you look at the last eight to ten years – have been the better team and they are champions for a reason.

“If we want to be winners then we need to start beating them but I think we have the capabilities in the dressing room to do that.

“I’m still finding my feet in terms of the way the manager wants to play and I’m finding it educational.

“I think when I fully get up to speed with the opposition and the game it will be good for me.

“I think you will see the best of Rangers at the back end of this season.”

Sevco host Dundee on Saturday hoping to end a depressing start to the season with results worse than under Mark Warburton and Pedro Caixinha in their two previous top flight seasons.