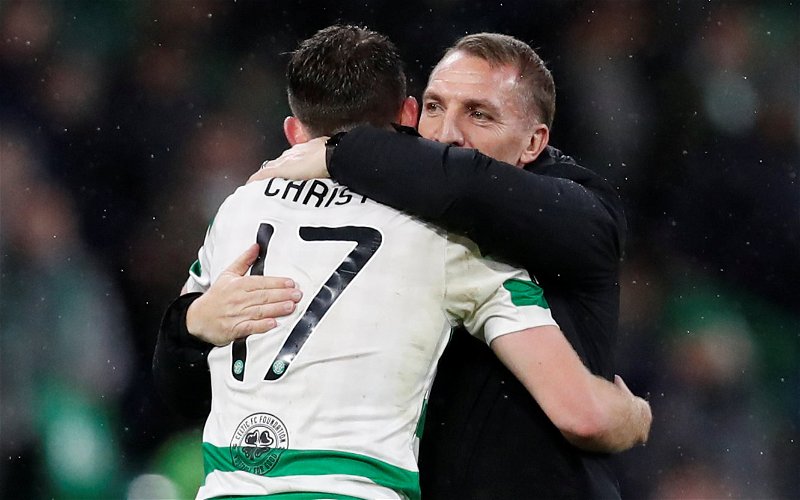 Celtic fans were delighted by news that Ryan Christie had signed a new three year contract.

The midfielder was out of contract at the end of this season but has been in outstanding form recently as Celtic surged to the top of the SPFL Premiership and reached the final of the Betfred Cup.

After returning from his second loan spell at Aberdeen in the summer there was no rush to put Christie on a new contract.

Although he was given a few cameo roles it looked like his contract was being run down until he exploded onto the scene in the semi-final of the Betfred Cup against Hearts.

A 45 minute appearance was enough to pick up the Man-of-the-Match award courtesy of earning a penalty, a heavy assist and a goal all of his own.

Having continued that form in the matches since his future was secured with today’s news of a new three year contract.