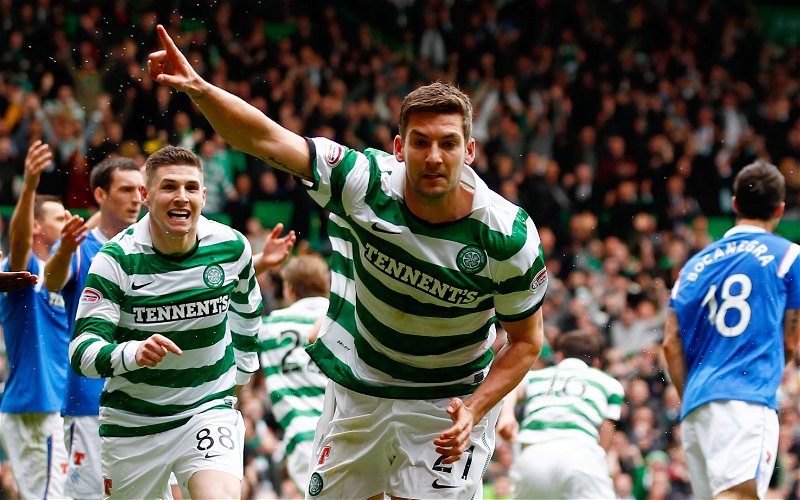 For the third time this season Charlie Mulgrew scored directly from a corner kick.

Seven minutes into the second half of Blackburn’s visit to Birmingham the former Celtic placed the ball down to line up a corner.

With two scoring corners to his credit already the Birmingham defence should have known what was coming next but regardless the corner sailed into the net.

52′ – GOOOOOAAAAALLLL!!!!@charlie_mulgrew does it again! Straight from a corner for the third time this season! 1-1. #Rovers pic.twitter.com/0NxcNWbLUA

Hi, my name is Charlie Mulgrew…

…and I only score from corners ??

Danny Graham put Blackburn in front with eight minutes left but Che Adams hit back with an equaliser- his 21st goal of the season.

The draw leaves Blackburn in 14th place, nine short of a play off spot despite the contribution of 10 goals from central defender Mulgrew.

During six seasons at Celtic Mulgrew scored 30 goals but never one directly from a corner kick.

When Brendan Rodgers arrived at Celtic in May 2016 the former Aberdeen defender was out of contract, after being given training facilities a new short term contract was offered before Mulgrew accepted an offer to join Blackurn where Owen Coyle was in charge cat the time.