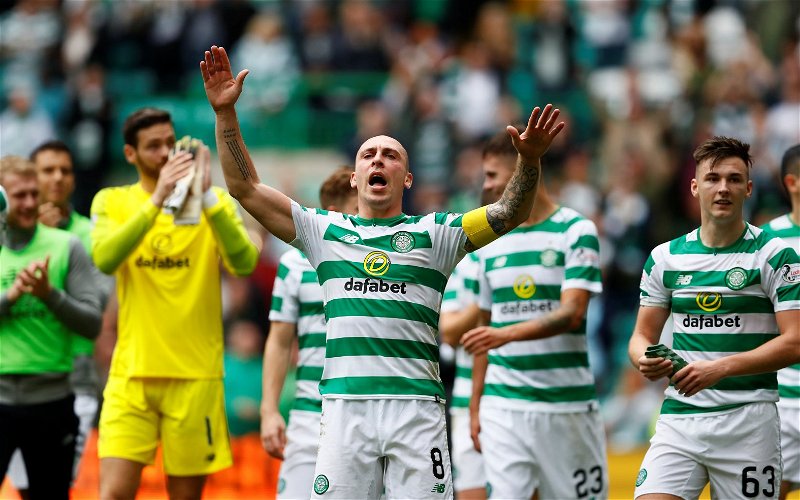 Scott Brown’s shirt and boots from last week’s Glasgow derby has raised £4,000 for a cancer charity.

Former Hibs team-mate Tam McManus was promised the items before the match with the 90 plus minutes that followed turning the items into an amazing piece of Celtic memorabilia.

Huge thanks to @rosshenderson87 who has paid 4K for the strip & boots. The money will go to help @Daviegreig65 daughter get the cancer treatment she badly needs. Thanks to everyone who bidded for the items and retweeted. And obviously to @ScottBrown8 Some great people out there. https://t.co/JP3Tl2iWHK

No matter what else Brown does in his Celtic career last week’s performance will be forever remembered for his incredible contribution.

The Celtic skipper put in a power of work driving his team to a victory that lifted then 13 points clear to move within touching distance of retaining the title.

Brown’s display was such that his opponents targetted him throughout but failed to rile the inspirational Celtic skipper.

Alfredo Morelos elbowed him, Ryan Kent punched him but Brown kept his cool to celebrate at the final whistle to the despair of the SFA who decided to charge him with not acting in the best interests of Association Football!