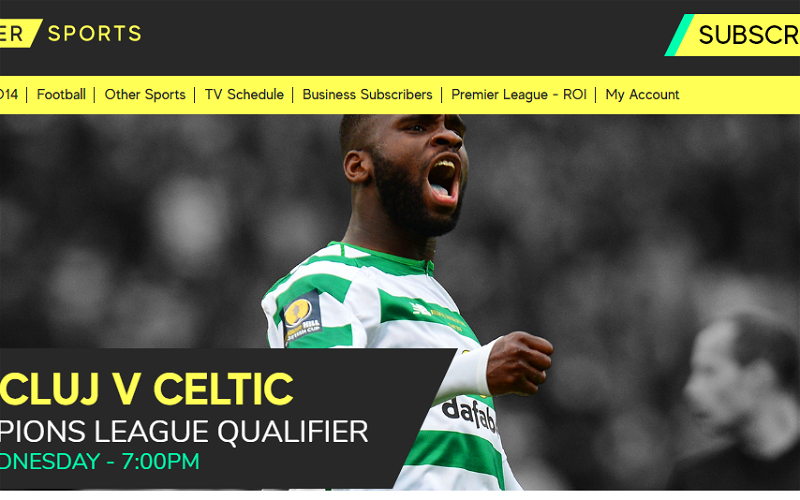 Celtic fans have been left with a guessing game over whether Premier Sports will be showing Wednesday’s Champions League qualifier with Cluj.

With no word from the broadcaster this website reported this morning that it seemed that the match would be shunned despite thousands of Celtic fans taking out subscriptions based on adverts promising European qualifiers.

Last week Premier announced that they wouldn’t be showing the away tie with Nomme Kalju with the match shown by Celtic TV.

At 11am I was sent a tweet from a fan which seemed to suggest that Premier Sports had decided to show the match but their twitter account has remained silent all day. No changes have been made to their Wednesday night schedule although dropping a re-run of Barcelona v Arsenal would seem an obvious move.

@PremierSportsTV Your website is listing Cluj v Celtic on Wednesday, nothing yet on twitter, can you confirm?

Fans have been tweeting Premier Sports without any replies coming back with the kick off just over 48 hours away.

This round is the last in which broadcasting rights are up for auction, from the Play Off stage both the Champions League and Europa League will be shown on BT Sport.