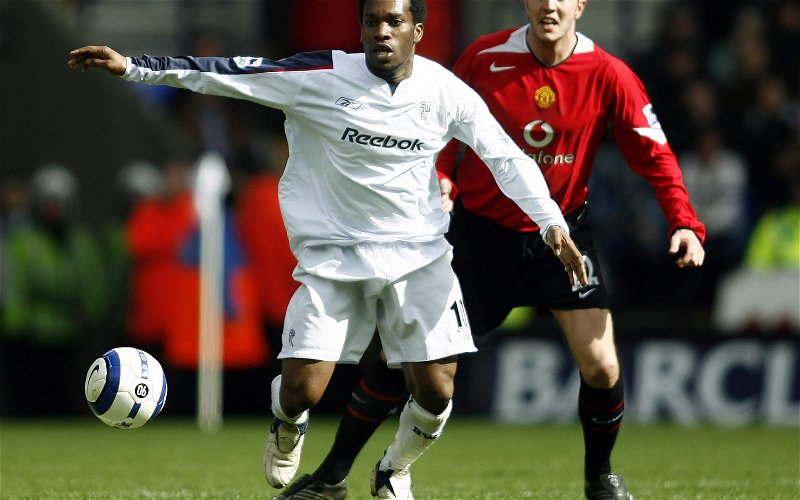 Armstrong Oko-Flex has revealed that Jay-Jay Okocha is one of his football idols.

The midfielder spent four seasons at Bolton Wanderers during their hay-day under Sam Allardyce after making his name at Paris Saint Germain.

Most famously he picked up 73 international caps for Nigeria, impressing at the 1994 and 1998 World Cup Finals as African football was put firmly on the world stage.

The Nigerian connection runs through Oko-Flex’s interview on Celtic TV, cropping up in the teenagers’ answers about favourite food and music.

Two Brazilian players caught the attention of the young Oko-Flex who admits that he has modelled aspects of his game on Ronaldo and Ronaldinho.

Celtic signed the winger from Arsenal last summer with few players having such a cosmopolitan background. Born and brought up in Dublin to Nigerian parents, his family moved to London where young Armstrong earned a place in the Arsenal Academy.

With that background he is eligible to play at international level for England, Ireland and Nigeria, over the weekend he was in the Irish u-19 squad that played against Denmark.