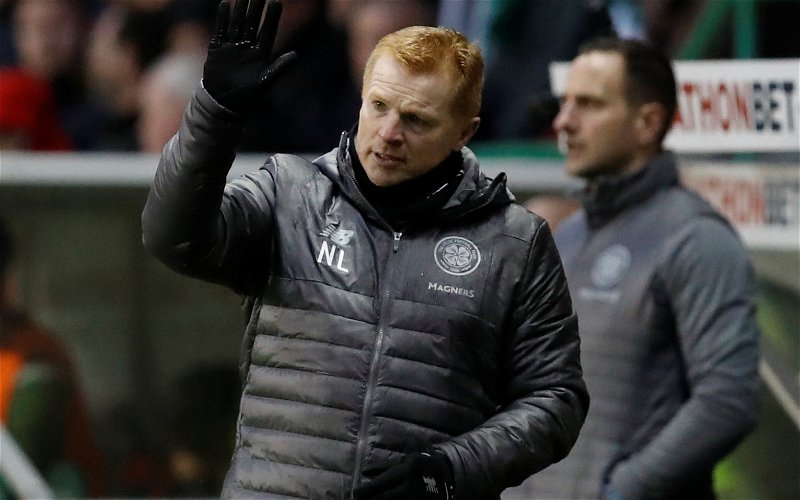 Neil Lennon had a one word reply to the suggestion that he will be looking to bring in a striker in January.

‘Possibly’ was the answer.

Odsonne Edouard has been in outstanding form, and fit, all season but behind the Frenchman there is a real lack of options.

Leigh Griffiths hasn’t played any type of competitive football since a 15 minute run out against Hearts at the end of August. It’s over a year since the Scotland striker played in back-to-back matches.

Vakoun Bayo has only started one SPFL match, scoring twice against Hearts regardless of what the record book shows, but won’t be available for tomorrow’s match against St Mirren.

No strikers were signed during the summer transfer window but that looks like changing in January as he answered today:

Possibly. Bayo took a knock yesterday so he is a major doubt for tomorrow. So, we are a little bit short there with only one at the minute (Odsonne) Edouard, who is fully fit. Bayo is going for a scan today and we are hoping he should be okay for the weekend.

Last season Mikey Johnston filled in for a couple of games as a makeshift striker with Scott Sinclair and Mo Elyounoussi capable of playing through the middle at a push.

Further down the line Edouard is likely to be unavailable for UEFA qualifiers in July due to France playing in the Olympic Games with offers also expected to come in for the former Paris Saint Germain prospect.