Moussa Dembele left Celtic in August 2018- but Celtic will never leave the striker.

There was initially some ill-feeling towards the striker after his late departure but the rapid exit of Brendan Rodgers and Dembele’s return to the club for the SPFL trophy presentation put his exit in a different light.

Knowing that his old club were in European action last night was too good to resist as he settled down at home to watch the action coming in from Rome. 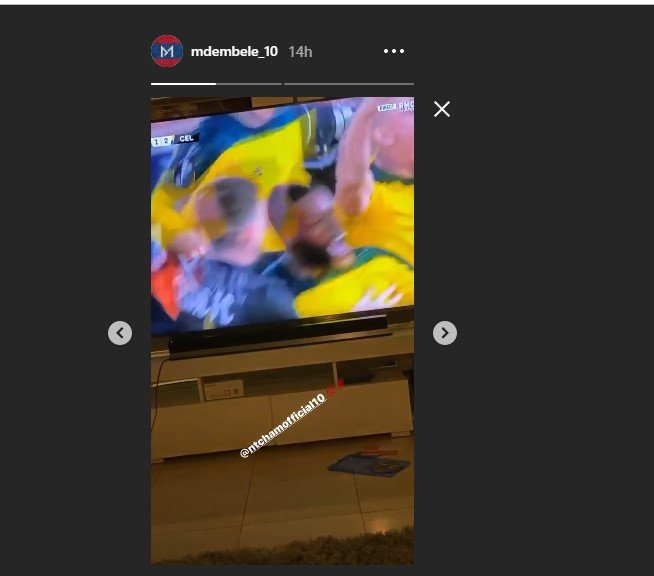 Midway through the second half his international team-mate Olivier Ntcham replaced Ryan Christie but rather than holding onto a point super-sub Ntcham turned out to be the match winner.

Late in the game Ntcham had a fresh air shot at goal from a corner but that just delayed the drama. In the final minute he accepted a pass from Odsonne Edouard, steadied himself then clipped a delicate shot over the keeper to raise a cheer from his former team-mate watching in Lyon.