Karamoko Dembele has added his own praise for Lee O’Connor following his international debut.

The 16-year-old Celt is currently on international duty with the England u-17 side but took some time out to watch Ireland’s 3-1 win over New Zealand.

Most of the spotlight was on Spurs striker Troy Parrott making his international debut but anyone looking in would have noticed the composed play of O’Connor at right-back. 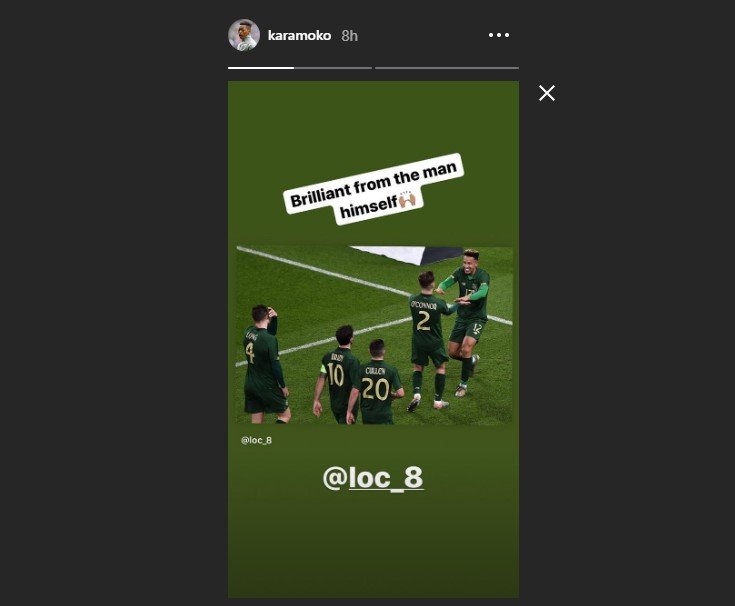 As the game developed the Celtic kid looked more and more comfortable capping his debut with a fantastic cross onto the head of Callum Robinson to score Ireland’s third goal.

O’Connor has been one of the rising stars in the Irish youth set up, moving up to the u-21 side this season after helping the u-19 side to the semi-finals of the European Championships during the summer.

At club level he has a major task on his hands with Jeremie Frimpong making a big impression to challenge Hatem Abd Elhamed and Moritz Bauer for the right-back slot.