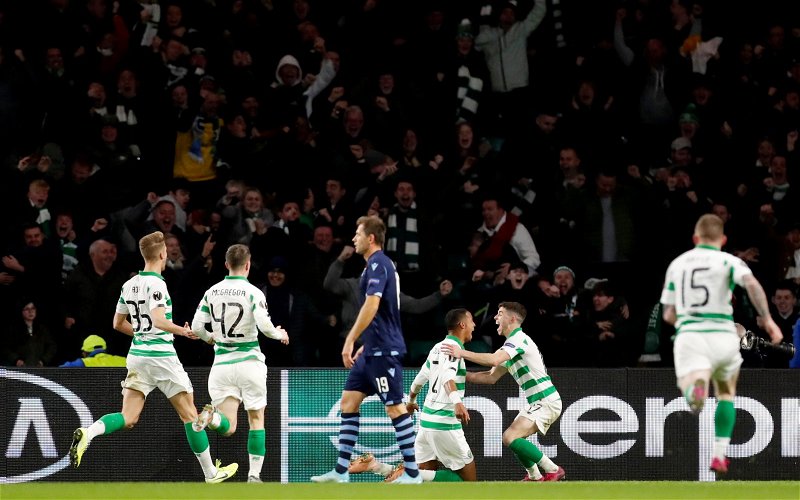 Chris Jullien has revealed that Celtic’s first team squad has been set a daily running test during the suspension of football.

Two weeks ago today Neil Lennon’s squad were preparing for a Glasgow derby trip to Ibrox when word came through that the game was off.

With no date set for the resumption of the season players have been left in limbo, dealing with a situation that no player has ever been in before.

The close season and winter break are scheduled for every year, the rehab from injuries is carefully planned but at the moment Jullien is as likely to resume playing in August as he is in May or June.

Find out how Chris is getting on at home with his family and how he’s keeping fit during the lockdown ?#CelticFC ??? pic.twitter.com/JRpLSqULSH

Speaking to Celtic TV about how he is coping with the break the Frenchman said:

Yeah it’s really difficult. I have some stuff in my garage – a bike, a running machine and some weights to exercise.

You can’t do much. You have your exercise when you go out but we want more. We want everything. I can’t want to get back on the field.

John Currie (Celtic’s fitness and conditioning coach) has been looking after us by sending us texts to see how it’s going and what you’re doing.

He’s almost doing a little competition for who is running the most so it’s really good for the team. It’s not the same when you’re not on the field with the boys but hopefully we can get back to that soon.

Jullien has stayed on in Glasgow rather than go back to France with his family, highlighting how comfortable he is with his move to a new club in a new country.

After taking a month to break into the team he has become a Player of the Season candidate, forming a solid defensive partnership while scoring a series of vital goals including the winner at home to Lazio in the Europa League and the only goal of the League Cup Final in December.