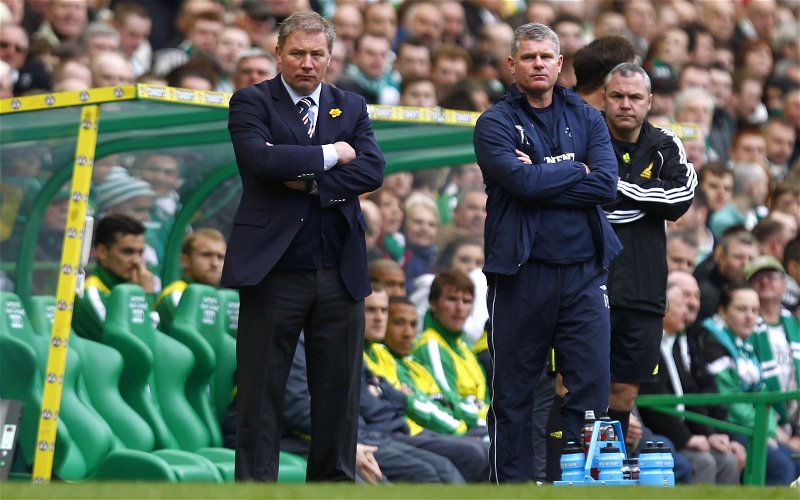 Cheeky Chappie Ally McCoist has been in top form this week, entertaining TalkSPORT listeners over the Europa League results for the two Glasgow clubs.

And then he switched media hat to Premier Sports and Tynecastle for the mis-match between the team at the bottom of the SPFL Premiership and Scotland’s Europa Cup heroes.

Hearts dominated from start to finish but could only manage a 1-0 win due to poor finishing and typical honest mistakes from Steven McLean whose younger brother played for Rangers and thought he was a Northern Ireland internationalist.

? Ally McCoist believes Rangers have an issue with the intensity teams bring against them away from home

? “I couldn’t tell you the last time a Rangers team came to Hearts and were dominated, effectively, for the entire match.” pic.twitter.com/sJoD99Spsu

? A “terrific result” for Hearts!

Despite a slow first half, despite going behind to a goal from Oliver Bozanic in the 57th minute there was no fight from the visitors. No one tried to change the game, no one flew into a late challenge to rally their team-mates.

From the bench Gerrard threw on loan stars Sheyi Ojo, Ianis Hagi and Jermain Defoe to no avail.

Getting beat is one thing but going down without a fight is something that even the gullible struggle to accept.

After the final whistle Gerrard’s Euro heroes refused to go near their own fans who were hurling abuse. In the Premier Sports studio McCoist was equally scathing over the player he had spent three days drooling over.

During his time as manager at Ibrox McCoist lost cup ties to Maribor, Malmo, Falkirk, Alloa Athletic, Queen of the South, Raith Rovers and Forfar Athletic.