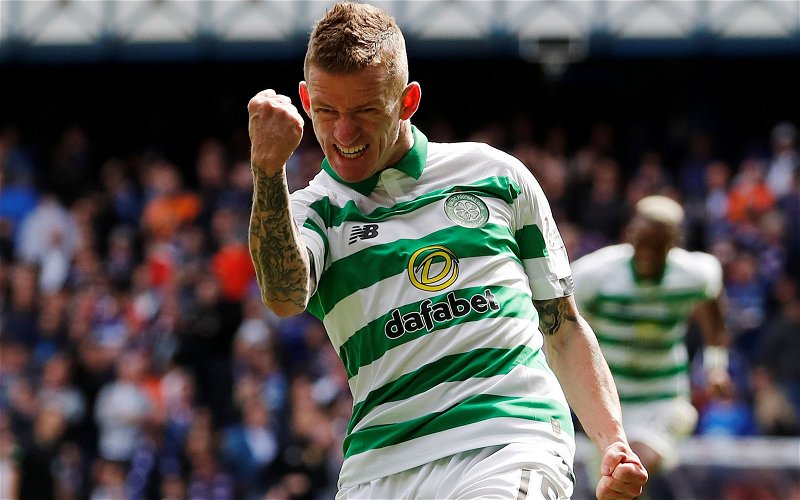 It felt great at the time but effectively Celtic’s 2-0 win at Ibrox on September 1 clinched 9-in-a-row with the late strike from Jonny Hayes clinching the points.

On Monday the board of the SPFL confirmed Celtic as 2019/20 Premiership champions based on average points won per game.

Celtic finished the season 13 points ahead of Steven Gerrard’s men but if it had been a home win at Ibrox the gap would have been just seven points. With Celtic having played one match more it would have been almost impossible to justify deciding the title on the same basis.

What a fantastic picture, look at all those agonised faces knowing what is about to happen. @jonnyhayes11 ?????

The former Aberdeen man only scored once in his Celtic career but with time running out he raced down the left, had a shot blocked by Allan McGregor then rolled the ball into the net to secure a critical derby win.

Hayes is out of contract next month, whatever else happens in his career he’ll be fondly remembered by Celtic fans, although less so by those in the picture above behind McGregor.