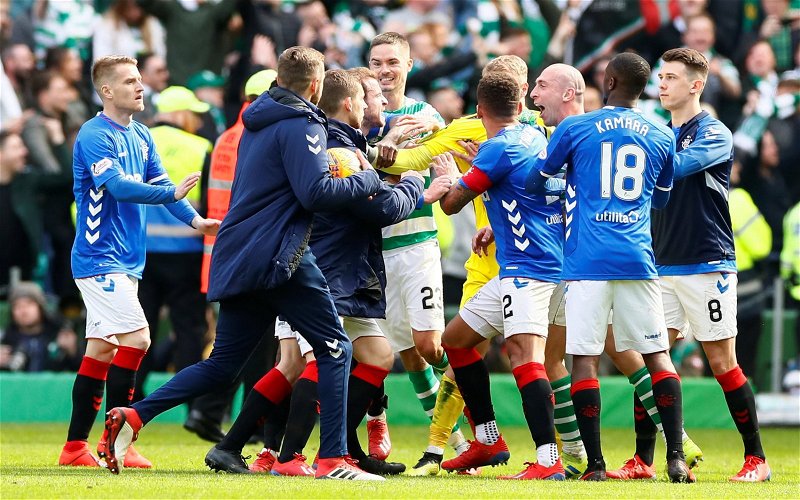 During five years of unremarkable service at Ibrox Andy Halliday provided Celtic fans with many highlights.

The former Bradford City ace had a ringside view during the carnage of season 2016/17 as Celtic enjoyed 5-1 routs home and away during the Glasgow derby.

Peak Banter was achieved at Hampden in April 2018 when thousands of Celtic fans sang his name after he was hooked before half-time by Graeme Murty as Brendan Rodgers’ side crushed another trophy bid.

Two weeks later almost 50,000 fans cheered Halliday and chanted his name as the SPFL title was clinched with a 5-0 win. Haliday retained his dignity.

As other stars got new deals under Steven Gerrard Halliday was forgotten, left on the sidelines but wheeled out for media duties whenever a rallying call was needed.

Now freed of his Ibrox contract the 28-year-old can look forward to a long career in the media sharing the same message as Alex Rae and Ally McCoist as Celtic clean up with trophies.