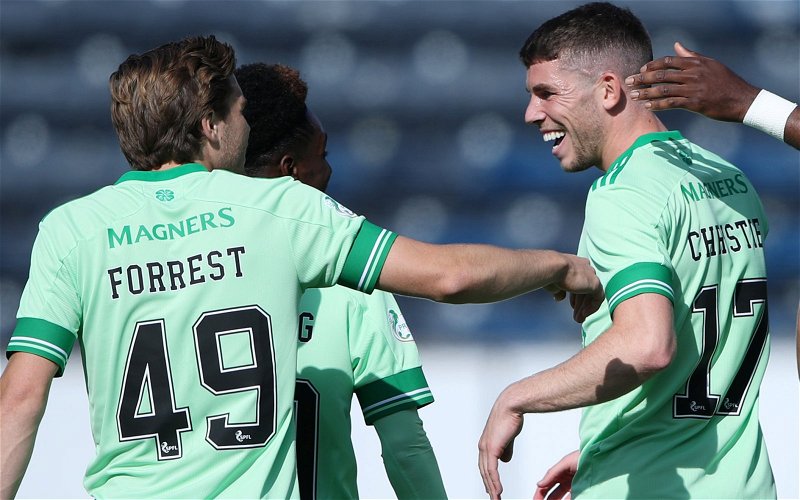 Celtic’s new away top really is a match for the ‘Love Street’ kit of the mid eighties.

The new look Adidas kit is officially launched tomorrow but a few parcels with the lime green shirt have made their through to supporters with one fan also in possession of the Umbro version.

Back in the days of Paul McStay, Roy Aitken and Danny McGrain the away kit lasted four seasons after making it’s first appearance away to Aarhus in 1983.

The lime green kit made it’s first appearance in the 1-1 draw at Kilmarnock, despite the performance and result the change kit was well received by supporters.

With the new look hoops selling in big numbers a third kit, expected to be black is still to be launched to meet the demands of supporters.

The Adidas contract will run for five years with three new kits each season.