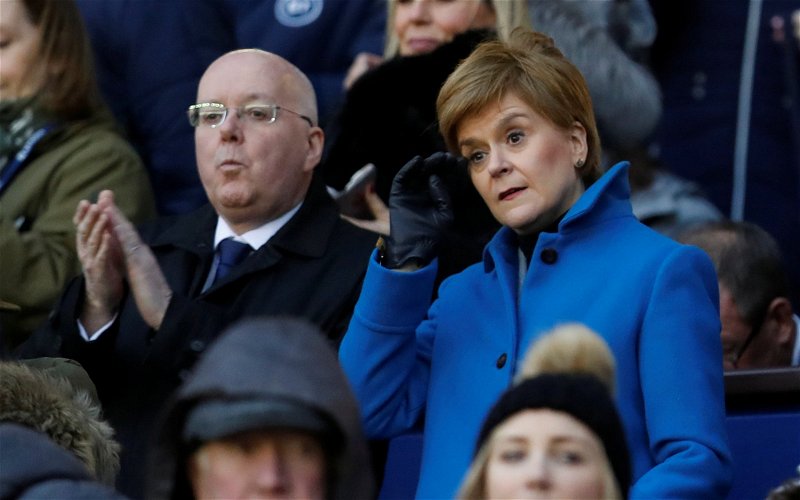 The Scottish Government has commended ‘Rangers’ for their swift action to suspend Jordan Jones and George Edmondson.

Both players were caught and fined by Police Scotland in the early hours of Monday after attending a house party in Glasgow’s West End. No other team-mates are believed to have been involved.

It seems that both players took the same selective view of current legislation that their club has employed since June.

On the first day of pre-season training Steven Gerrard and Michael Beale travelled to Murray Park in the same private motor vehicle.

But a Holyrood statement said: “The return to training and match protocols mandate strict adherence to all government guidance in place, including on gatherings and physical distancing.

“Players maintain the sporting bubble by not compromising any of these things when away from the heavy regulated training or match environment, and we expect clubs and their staff and players to fulfil their responsibilities and apply all of these measures rigorously.

“We commend Rangers for taking such swift and decisive action in this instance, to protect the rest of their squad and wider public.”

Back in March the Scottish Government delayed Lockdown until midnight on March 15 to allow two lucrative matches to go ahead at Ibrox, against Bayer Leverkusen and Celtic.

On the morning after the Leverkusen tie the SFA and SPFL suspended football following a positive test by Mikel Arteta. Over 1,500 Leverkusen fans travelled to Glasgow, stayed in city centre hotels, visited pubs and restaurants at a time when they weren’t allowed to watch matches at their own stadium.

Lockdown came into effect in Scotland on March 16.

There has been no comment from the Joint Response Group of Scottish football.

Earlier today the Ibrox club were fined by UEFA for failing to stick to protocols during their Europa League qualifier against Galatasaray.