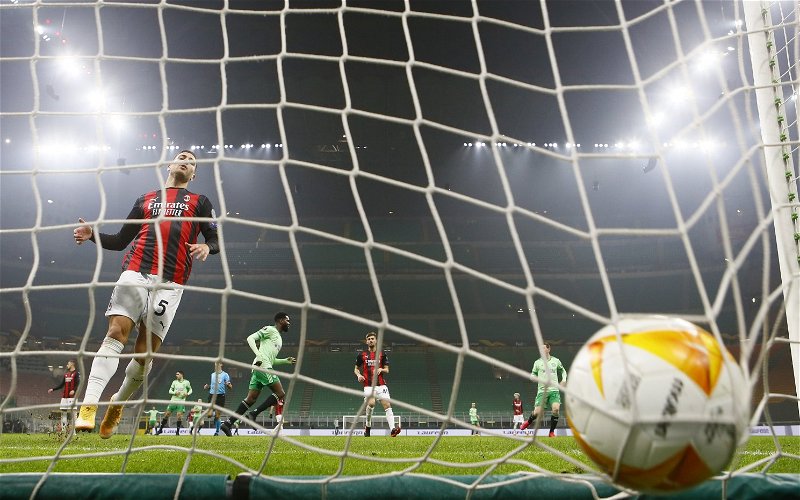 Chris Sutton watched the roof fall in on Celtic tonight and summed up the mood of supporters as they watched the hoops crash to a 4-2 defeat from AC Milan in the San Siro.

It was a familiar sight for the watching supporters as a 2-0 lead in the first 15 minutes with goals from Tom Rogic and Odsonne Edouard was tossed away with four goals lost for the third successive match.

The galling stats now for Neil Lennon are two wins in 11 matches with supporter unrest growing stronger as the hierarchy dig their heels in to back the under fire boss.

Tonight Lennon went with a back three but it was a familiar story as the Italian league leaders cut Celtic open with ease.

Nir Bitton replaced Chris Jullien at the back but down both flanks Celtic were wide open with AC Milan scoring twice in each half.

The calls for Lennon to go will be intensified after tonight but on the back of three successive defeats there is no sign of Peter Lawwell making the decision that many fans believe is long overdue.