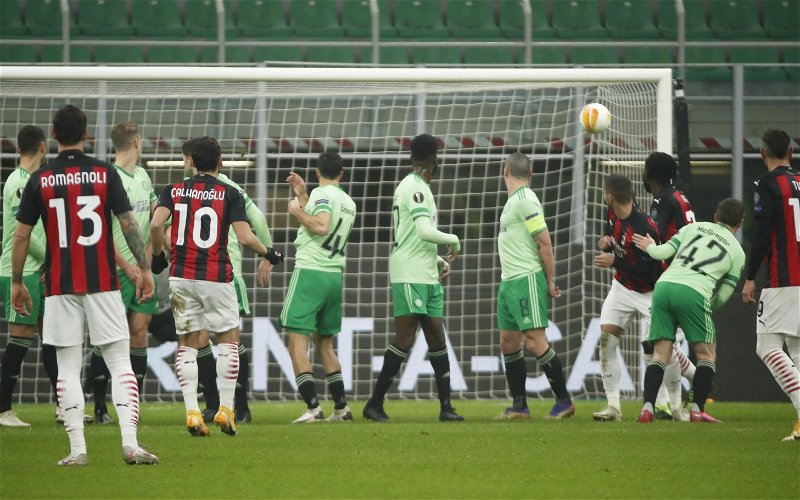 Peter Lawwell’s rallying call for unity lasted just over 48 hours before the club was again under attack from supporters.

The Celtic Chief Executive appears to have been burying his head in the sand with the record book now revealing just two wins in their last 11 matches.

With one match left to play Celtic have a worse record than any other club in the group phase with four goals shipped in each of their last three matches.

Lennon’s side have lost three matches in a row with the manager cutting an increasingly uncomfortable figure as he is put up in front of the media to explain the latest set-back usually followed by revelations of how he retains the support and backing of the club hierarchy.

After losing 2-0 to Ross County in the Betfred Cup around 200 fans demonstrated in the club car park calling for the sacking of Lennon.

The moos won’t have been placated in any way by tonight’s result with fans looking on to see if the under fire manager is still in charge for Sunday’s SPFL match at home to St Johnstone.

Full-time at the San Siro, and it ends in defeat for the Celts. #UEL #ACMCEL pic.twitter.com/Mdmzm9proB

Worst defensive record of all 48 teams in the competition ? Three defeats in a row for the first time in 13 years ?? Its grand though. It’s just a blip. NL is a Celtic legend ??? It’s those fucking protestors that are to blame ripping our club apart ????

Well done @CelticFC snatching defeat from the jaws of victory

Like I says earlier,a hard watch.Feeble goals lost from so called professionals.Why are the coaching staff still employed? We’re paying season ticket money to watch games in the house while these people pick up full https://t.co/D0oMWDGOWP a club we’ve acting amateurish.

“Lot of positives to take, first 20 minutes I thought we were very good; but it’s just sloppy, we lost some sloppy goals. But, we go again, I’ll get up and wash my face tomorrow and get on with it”. Or something along those lines – get him out.

Said before game first 20min we’d be good & fight then defence would panic & we’d be a mess. Anyone can see hardly any prep or drills happen with defence. JK been there years & defence always our Achilles heel. If NL is in charge at wkd no chance of 10 if sacked we have small pos

Replies full of people accepting mediocrity and claiming losing 4-2 to Milan is ok. That’s exactly what Lennon and the board want to hear.

We went 2-0 up and had a good grip on the game. Any defeat from that position is unacceptable