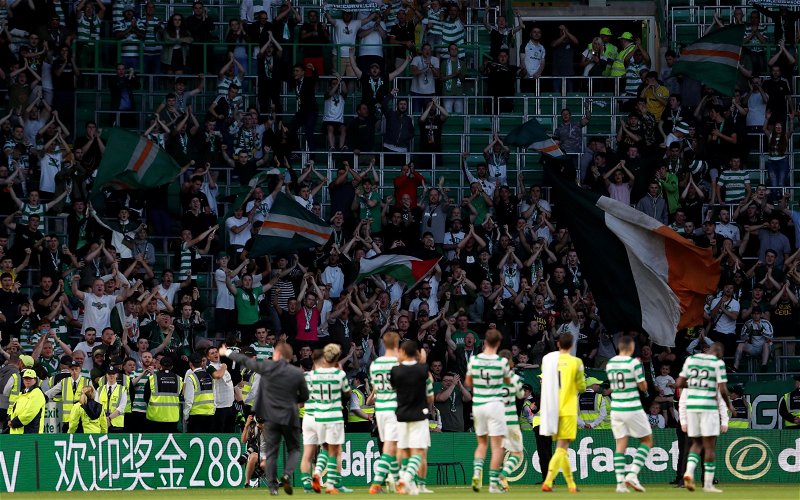 The decision to switch Celtic’s home match with Dundee United on December 30 from a 7.45pm kick off to 3pm hasn’t gone down well with fans.

While a number of work places will be closed for the week between Christmas and New Year it will still be business as usual for many supporters who’ll be at work while the match is being played.

Over the festive period there are usually a number of changes to kick off times but they are usually made for weekend games or Bank Holidays.

Even though fans can’t sit in their seat to watch the game a 7.45pm kick off is far more convenient for fans that a 3pm Wednesday.

Sunday’s Scottish Cup Final kicks off at 2.15 but being a weekend match that is getting shown on BBC1 the kick-off time barely matters.

Next Wednesday Celtic host Ross County with a 6pm kick off, on December 26 they are at Hamilton Accies with a 3pm kick off with that match being shown live on Sky Sports.

Added value? That’s a working day for most folk.

Aye very good. As if it isn’t bad enough paying for a game I can’t go to, now I won’t even be able to watch it because I’m at work. #Shambles

This is unacceptable to change ko’s at such short notice and to a time when a lot of people are working (me included). Has there ever been a 3pm ko on a non public holiday midweek day. An act of a self entitled board who’ve gotten all the money they can and don’t care @ACSOMPOD

That’s ridiculous! Many of us are working that day! Please move it to later, to at least 6pm….

Fans are asking for the club to reconnect with them and bridge the gap that has widened under this board. And this is the result?
Continually coming up with new ways to disinfranchise the ones who put their money in when needed most.

Definitely posted Mark, I posted it myself along with a SAE

Shambles. I’m working. So much for the added value for the virtual season ticket. Can’t even get to see it. Club are a shambles