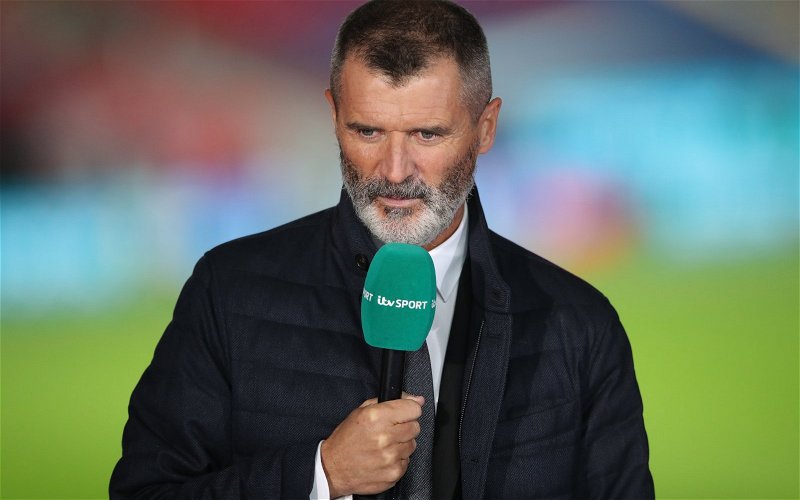 Micah Richards has joined in the speculation that Roy Keane is a candidate to become the next Celtic manager.

A report in The Sun on Sunday claimed that the Irish internationalist was interested in the Celtic job which could bring an end to the Richards and Keane double act on Sky Sports.

Over the last two seasons the former Manchester United and Manchester City stars have formed a strange chemistry on screen with Keane’s intensity contrasting with the laid-back approach of Richards.

Keane hasn’t been in front line management since leaving Ipswich a decade ago. Spells under Martin O’Neill and Paul Lambert assisting at Ireland, Aston Villa and Nottingham Forest have almost seemed like baby-sitting duties.

There has been no indication from Celtic that Keane- or anyone else- is a candidate but in 2014 he seemed very close to getting the job until he discussed the job with Peter Lawwell.

With the CEO retiring at the end of June that obstacle has been removed but Celtic’s future management set up remains a mystery.