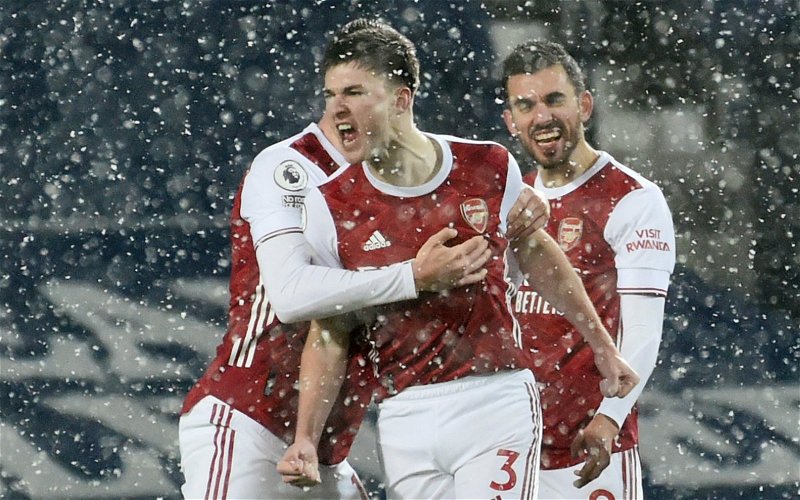 Arsenal have sent Kieran Tierney a good luck message- acknowledging that he is still a bhoy.

It is only one letter but that h makes a big difference among Celtic fans as they look on at the development of one of their own.

The teenager made a massive impact when Ronny Deila brought him into the first team during season 2015/16 with Brendan Rodgers pushing on the development of the attacking full back.

During the summer of 2019 it became clear that Celtic wanted to sell Tierney, even at the time fans were surprised that an offer of £25m was accepted.

You can take a bhoy out of Celtic but you’ll never take Celtic out of the bhoy.

Despite some injury problems Arsenal fans have warmed to their Scottish defender who has given them some identity despite being brought up 400 miles north of north London.

With his determined attitude and fondness for using a Tesco carrier bag to carry his boots in Tierney has been warmly welcomed by Gooners who see captaincy material but fear a big money bid from a Champions League club.

This afternoon KT will be reunited with many of his former Celtic team-mates but a full-scale reunion appears some way off with Arsenal thrilled by their £25m bargain signing.